Respect for the dead 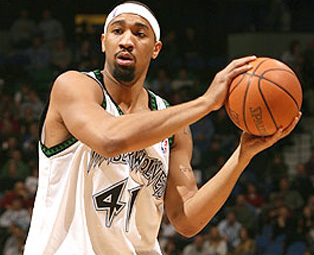 The passing of Eddie Griffin… It’s already leading to discussions about his past and what he accomplished in life and all of that. Sure, the guy had his demons and a history of some bad to outright condemnable criminal behavior, but he only had a chance to live to age 25. The police reports say that he blew off a railroad crossing sign and hit the train with his SUV. Phrases like “burned beyond recognition” and “dental x-rays” are being used. Damn, Eddie.

I don’t feel comfortable judging the life of a stranger in death. Sure, I’ll say R.I.P. Phil Rizzuto or Red Auerbach and celebrate their legacies in death, but they are strangers. If I may speak from personal experience, there was a day over the past year where my friend’s father, a well-known artist, passed away. As some friends and I drove out to the funeral, someone read his obituary in the New York Times out loud. It wasn’t the kind of obit that a family member writes up, it was written by an art critic because of the stature of the deceased. We all felt that the critic went overboard talking about what the artist failed to do or how he came up short compared with some of his contemporaries, as opposed to just saying what the man accomplished and R.I.P. leave it at that. But I guess that’s how life, and apparently death is for a public figure.

I’m not writing much about Eddie Griffin himself, because truthfully I never knew Eddie Griffin and neither did you. We have a perception of him publicly as we watched him play the game of basketball, as was told through the media, filtered by PR, deconstructed by writers trying to navigate through that PR, but you never know how accurate any of that is. I could care less about his scoring average or his athleticism or any of the baggage. The guy was 25 years old and now he’s dead.