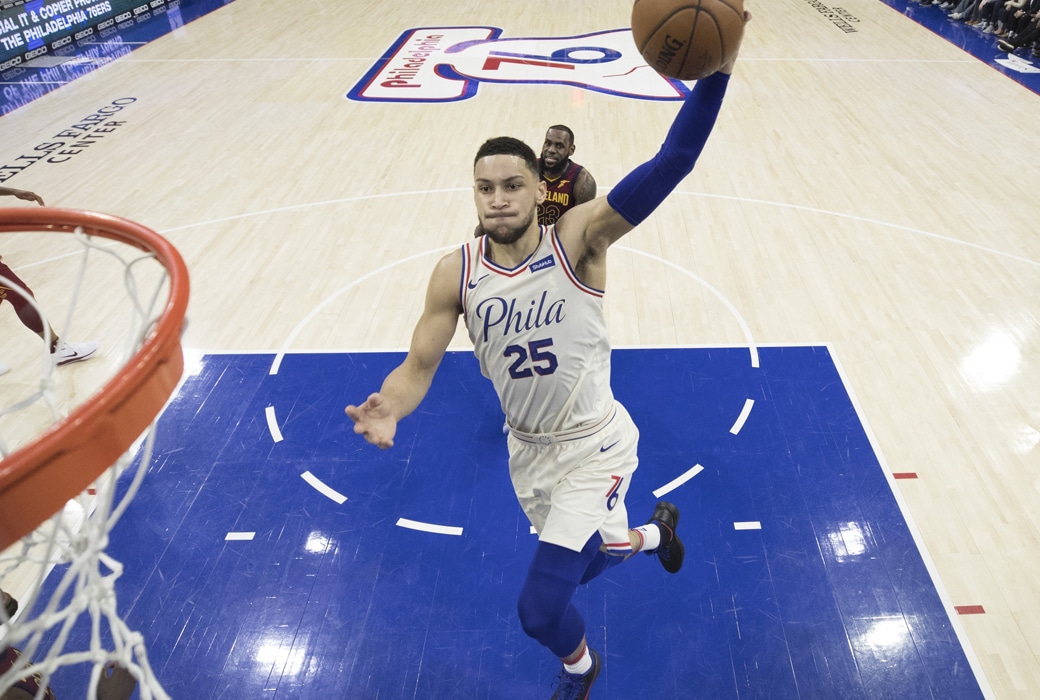 In a Snapchat post, Jefferson reasoned that Simmons’ redshirt NBA season better prepared him for this year.

“It’s not Ben’s fault but [Donovan Mitchell] is a TRUE rookie. He didn’t have an entire year to train and practice against NBA talent. He didn’t get to sit on a bench and watch film and dedicate is life to basketball.

“Donovan’s next best offensive players are Rudy Gobert (spoiler alert DPOY) and Ricky Rubio….. no disrespect but nuff said. Ben has a wealth of monsters and proven offensive guys around that he does an amazing job facilitating for.

“Donovan also lead his team on a 10+ game winning streak average 20+ pts. If you have never done it you don’t know how hard that is for a TRUE ROOKIE. Ben is a future HOF’er and it’s very close but best and most surprising rookie is DONOVAN MITCHELL.. I’ll only concede CO ala JKIDD and GHILL.”