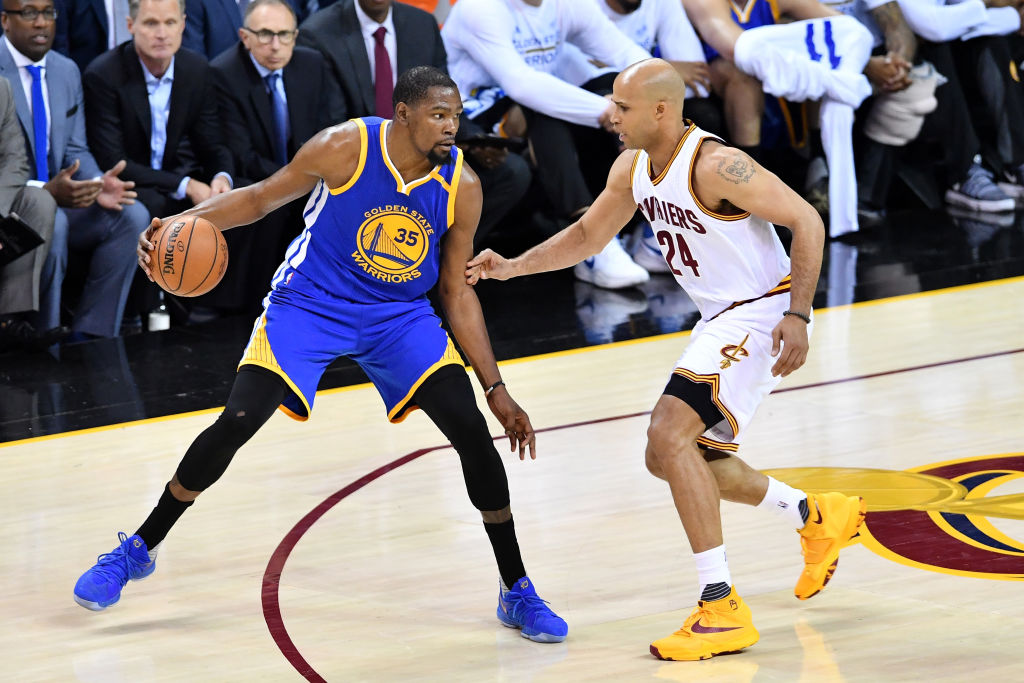 According to Cavs forward Richard Jefferson, Golden State is facing all of the pressure in the NBA Finals.

Jefferson points out that the Warriors signed Kevin Durant, while Cleveland merely added Kyle Korver and Deron Williams to their title defense.

Video of Richard Jefferson proclaiming all the pressure is on Golden State for Game 5 pic.twitter.com/itwWpD9hiQ

The Dubs hold a 3-1 series lead, and are looking to close things out tonight in Oakland.

The Cavaliers and Warriors, who have tangled for three consecutive Junes, headed back to the West Coast on Saturday after Cleveland’s record-setting 137-116 victory. Kyrie Irving said he was aware the Warriors wanted to finish a 16-0 romp through the postseason and celebrate a title on the Cavs’ court, just as they did in 2015.

But Draymond Green said Golden State is eager to end this one back in the Bay.

“We have a golden opportunity going home on Monday to close this thing out. I’ve won one on the road. I want to see how it feels to win at home,” he said. “We have to come out with some fire and try it get done.”