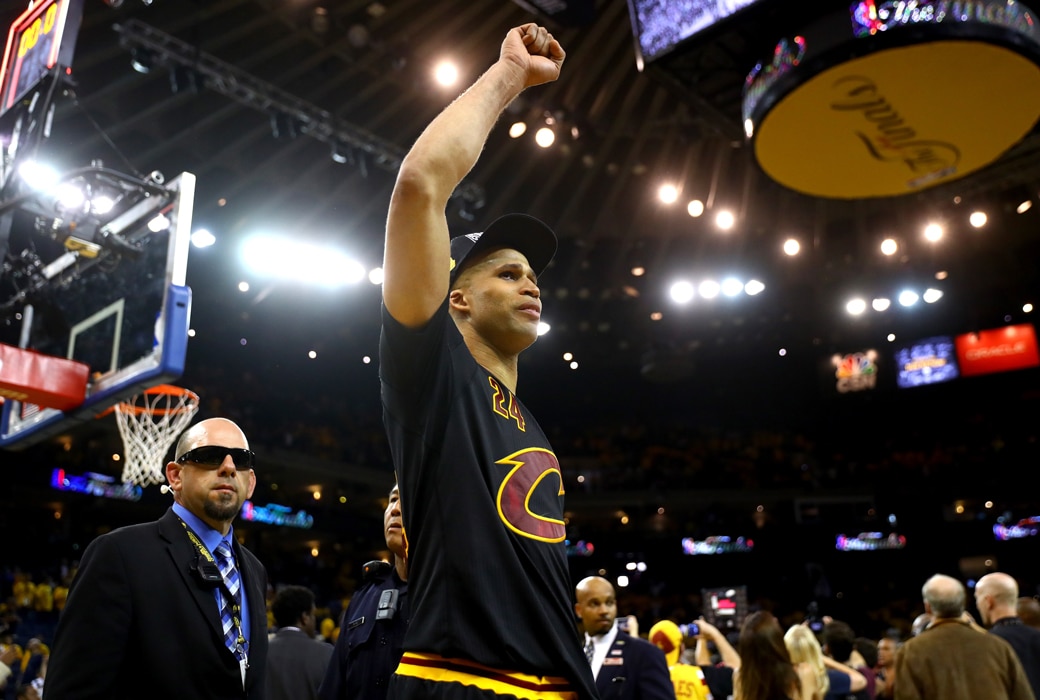 In a piece for The Players’ Tribune, the recently retired Richard Jefferson provided an inside look at his remarkable basketball journey. RJ discussed growing up in South Central L.A., hanging with Gilbert Arenas at Arizona, playing for the Nets during 9/11, brawling with Kenyon Martin in the locker room and winning the 2016 title with the Cavaliers.

As someone who spent 17 years in the League, Jefferson stressed that “the average person truly has no idea how insanely competitive you have to be to get to an NBA Finals.”

Whatever image you have in your head of what it’s like, you still don’t get it. It’s an inhuman competitiveness that you have to channel to get to the Finals. And to win it? It’s honestly sick. It takes you past the breaking point of what’s healthy — mentally, physically, emotionally, spiritually.

Jefferson admits that he “did not believe for a single second” that the Cavs were going to prevail, especially after they went down 1-3 to Golden State.

Listen, I’m going to be honest with you. I’m retired now, so who cares? I was in the locker room at halftime of Game 7, sitting there just staring at the floor, thinking about the gravity of the moment, and I genuinely had to stop myself from crying right there in the damn locker room.

To him, the fourth quarter of Game 7 had three of the greatest plays in NBA Finals history: LeBron’s block, Kyrie’s shot, and Kevin Love’s stop. The feeling of ultimately winning the title was overwhelming.

When the buzzer went off, and we were champions, I just sat there and started sobbing. I couldn’t even move. It was just too much. My wife still teases me about it. She’s like, “I don’t understand. You didn’t even cry like that at our wedding! You didn’t cry like that when our kids were born!”

Some titles……. they just mean more than other titles. That’s just the truth. I know it. You know it. Golden State knows it. And Cleveland definitely knows it. Some titles mean the world.

RELATED
Richard Jefferson Announces Decision to ‘Move On From Basketball’ 🙌