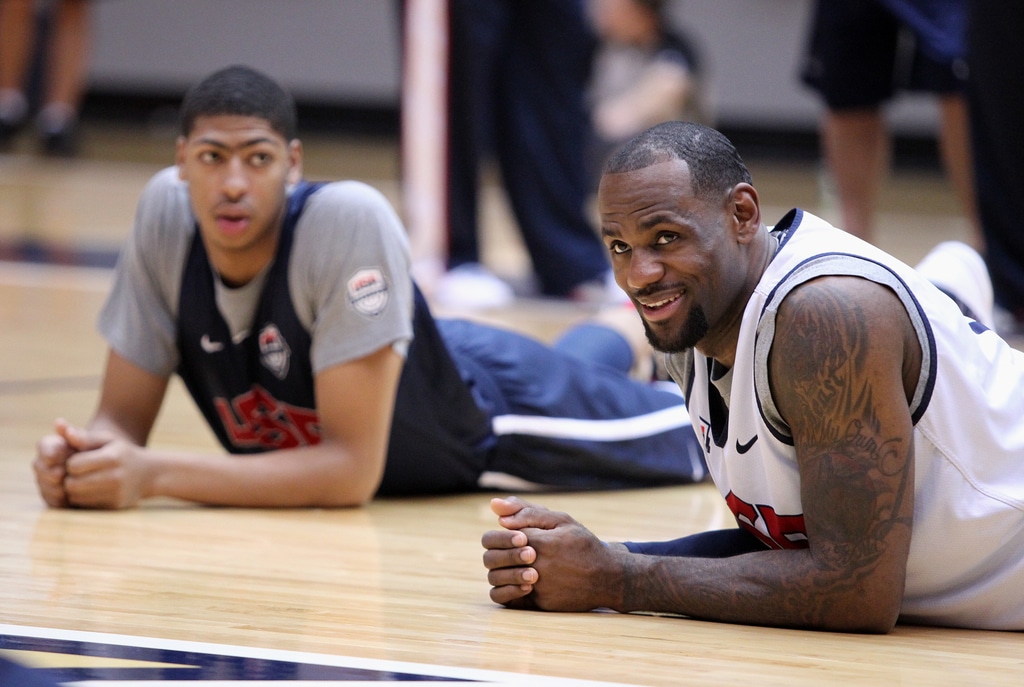 Rival NBA general managers, especially those in smaller markets, aren’t exactly thrilled with LeBron James saying it would be incredible and amazing to team up with Anthony Davis in Los Angeles.

They argue that James is publicly interferring with the New Orleans Pelicans by publicly endorsing the possibility of a trade with the Lakers.

Davis, 25, recently hired LeBron’s agent and is under contract until after the 2019-20 season.

“It’s New Orleans’ problem today, and a problem with a different player tomorrow for the rest of us,” one Eastern Conference GM told ESPN. “It’s open season on small markets and our players.”

League executives contend that the NBA needs to start holding players responsible for public comments the way they generally do owners and management.

“If these are the rules, enforce them,” one Western Conference GM told ESPN. “If you want to push Anthony Davis in LA, if you allow LeBron to interfere with teams, then just do it. Change the rules, and say “It’s the wild, wild west and anything goes.

The NBA views player comments differently than those of management and suggests they only act to level punishment with evidence of the team’s involvement in a player violation.

“Interference is as bad as tampering — maybe worse in this case,” one Eastern Conference GM told ESPN. “This becomes a campaign meant to destabilize another organization, install chaos and unrest that make it harder to keep an environment that the player would want to stay in. There’s no use in complaining to the league about it. We all get that it’s a players’ league, but there are rules on the books that they need to follow, too.”

Related
‘We’re Not Trading Him’: Pelicans Vow to Hang on to Anthony Davis