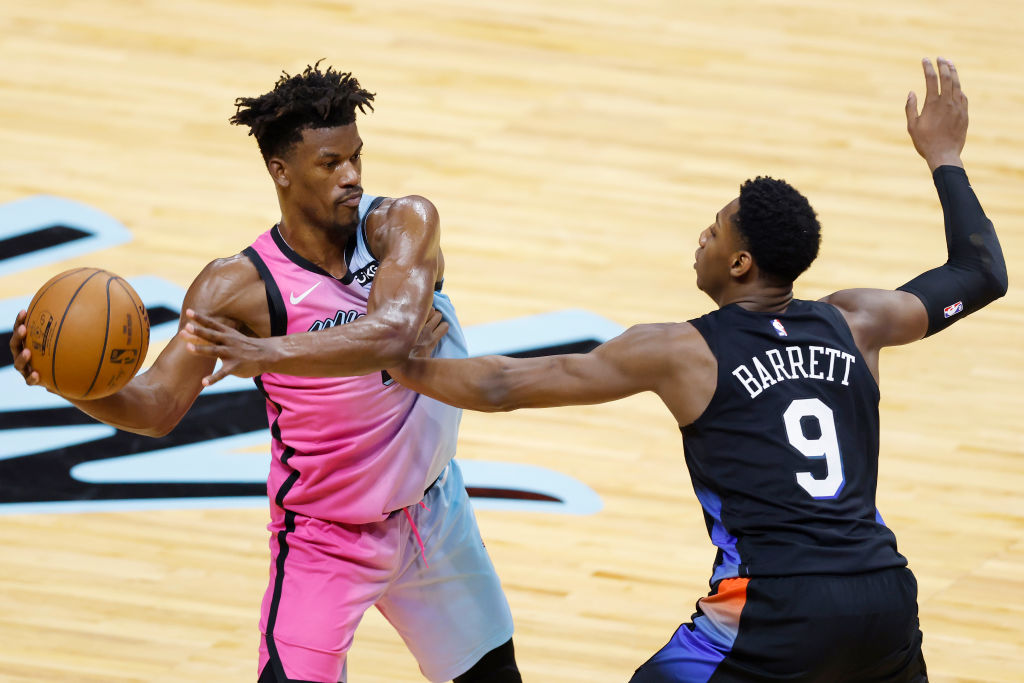 During two matchups against the Miami Heat in the same week, RJ Barrett of the New York Knicks had the opportunity to defend Jimmy Butler. As a young player in the league looking to improve on both ends, Barrett played well while also learning some things along the way.

While most players typically talk about the things they develop playing alongside their own teammates, Barrett told Barry Jackson of the Miami Herald that his two matchups against Butler taught him some valuable lessons.

“He draws a lot of fouls…Something I can pick up from his game. He is also really smart, making all the right plays and getting his teammates involved. Really good to go against.”

RJ Barrett in his second NBA season has been spectacular. Through 26 games, he’s averaged 17.0 points, 6.4 rebounds and 3.0 assists per game.