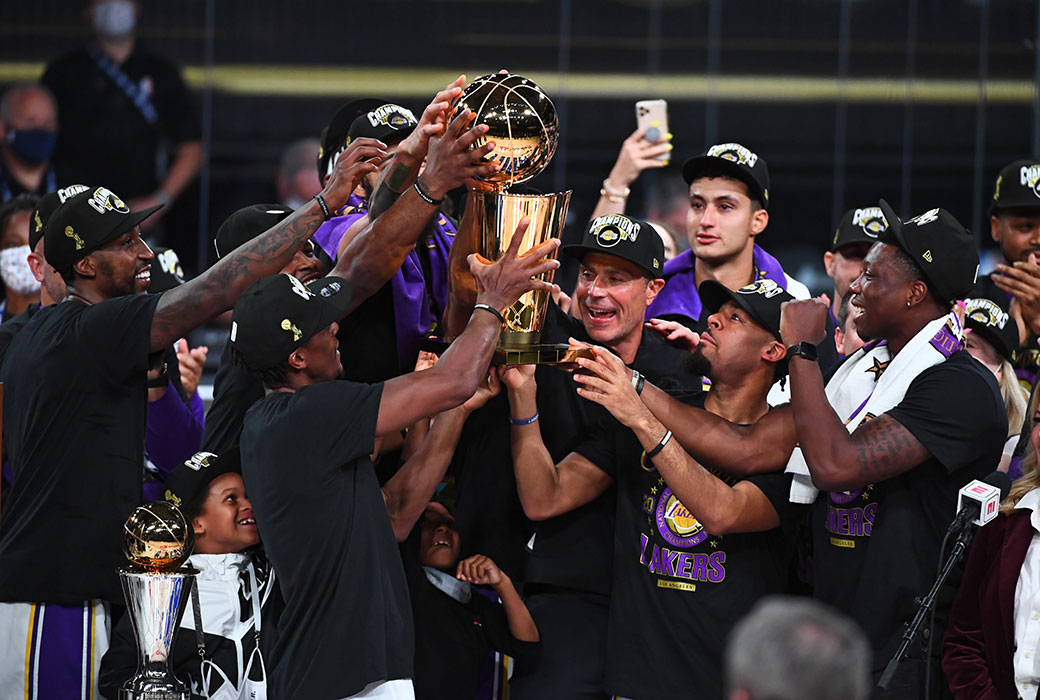 Shortly after Pat Riley said that the Lakers’ recent championship deserves an asterisk, Lakers general manager Rob Pelinka backed up his team saying that the title deserves “gold star” instead of an asterisk.

While guesting on the Woj Pod, Pelinka gave his thoughts on the championship and why exactly he thinks there shouldn’t be an asterisk.

“I think some have asked, ‘Will this championship have an asterisk on it?’ I like to say, ‘No, it has a gold star’ … Just because you had to do so much more to get to the end, and I think it was a testament to our team and the players and staff coming together in that environment.”

For what it’s worth, Riley ended up clarifying his asterisk statement later, saying, “The asterisk is next to the Heat’s name, not the Lakers. Their title is legitimate. Our loss has an asterisk (next) to it. The Lakers were the better team. Period.”

Regardless, the Lakers were impressive on the 2020 championship run. LeBron James and Anthony Davis looked like one of the most dominant duos in recent history during the most unique postseason ever.