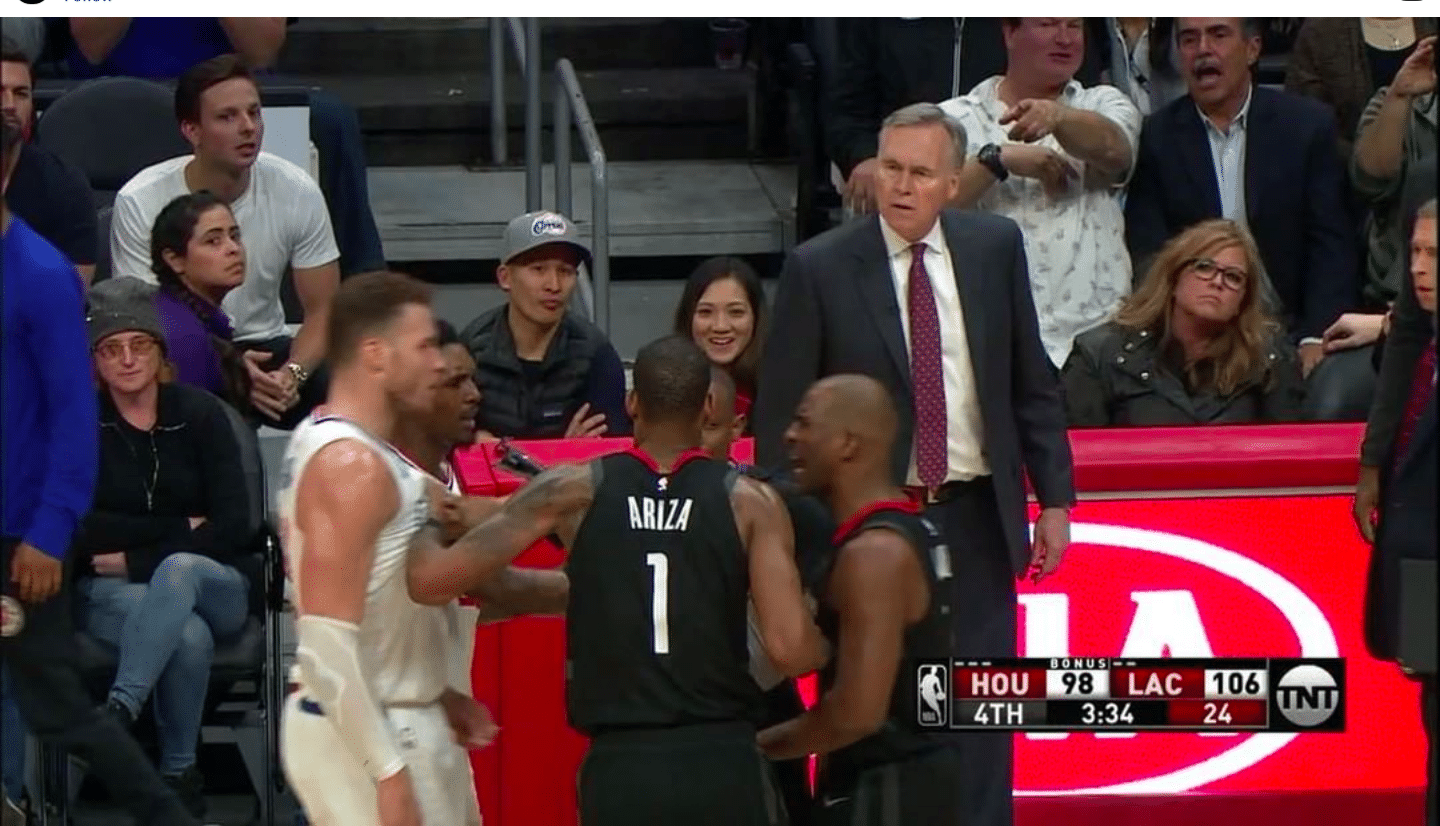 Things had gotten chippy in the Clippers’ 113-102 win against the visiting Houston Rockets.

Security eventually got between the two sides, and cooler heads prevailed.

"…Classic NBA," one witness said. "None of these guys were going to fight." My ESPN story on the Rockets barging into the Clippers locker room at Staples Center. https://t.co/0q90tAcLH2

For a few fleeting moments, several Clippers dared the Rockets to come farther into the room, sources said. Security and team officials soon converged on the Rockets, pushing them out the door and back toward the visiting locker room, sources said. Ariza was described as the first one through the door, with Paul lingering in the back, witnesses told ESPN.

“It was classic NBA,” one Clipper witness told ESPN. “None of these guys were going to fight.”

The NBA will investigate the matter and start gathering information on Tuesday, league sources said.

“We were where we were supposed to be,” Griffin said. “We were in our locker room. So whatever happens over there, I mean, we can’t control what anybody else does. We control what we did. Everybody was in our seats. That’s it. You should ask them.”