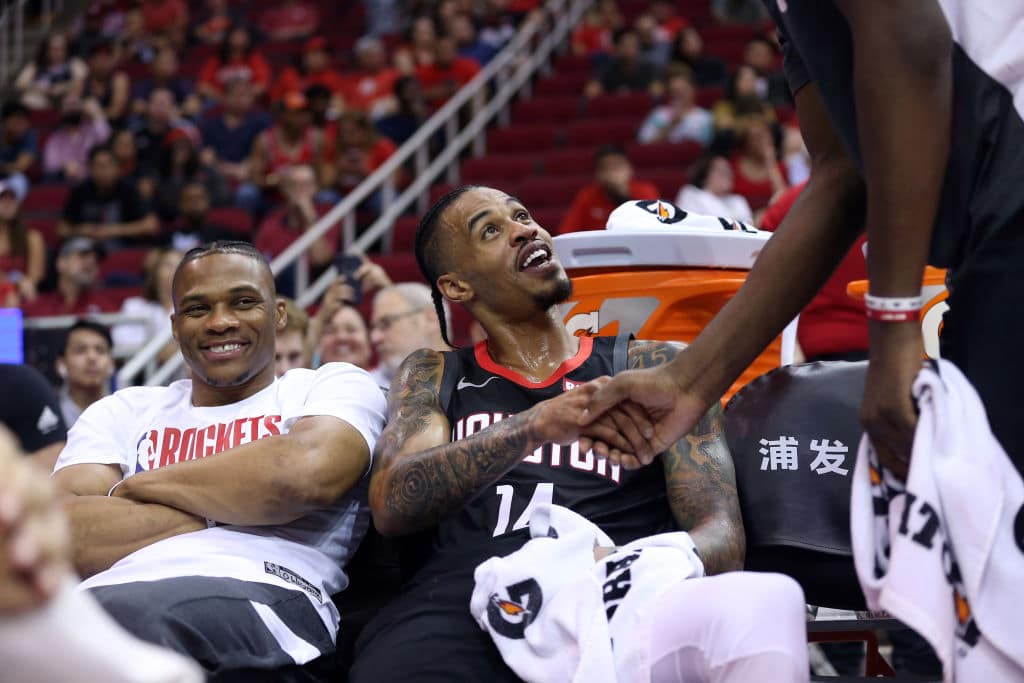 The Houston Rockets have been bracing for life without veteran wing Gerald Green for the foreseeable future since the weekend. Now, Shams Charania of The Athletic reports, the clubs fears that the 33-year-old could potentially miss the entire season.

Green injured his foot during Houston’s preseason contest against the Toronto Raptors last week and it was initially diagnosed as a sprain. Now the injury has been upgraded with clarity over when he might make his return.

Green has been a productive rotation piece for the Rockets the past two seasons and averaged 9.2 points and 2.5 rebounds per game off the bench for Houston in 2018-19. In his absence, new additions to Houston’s lineup, particularly Thabo Sefolosha and Ben McLemore, will be called upon to round out the team’s second unit.