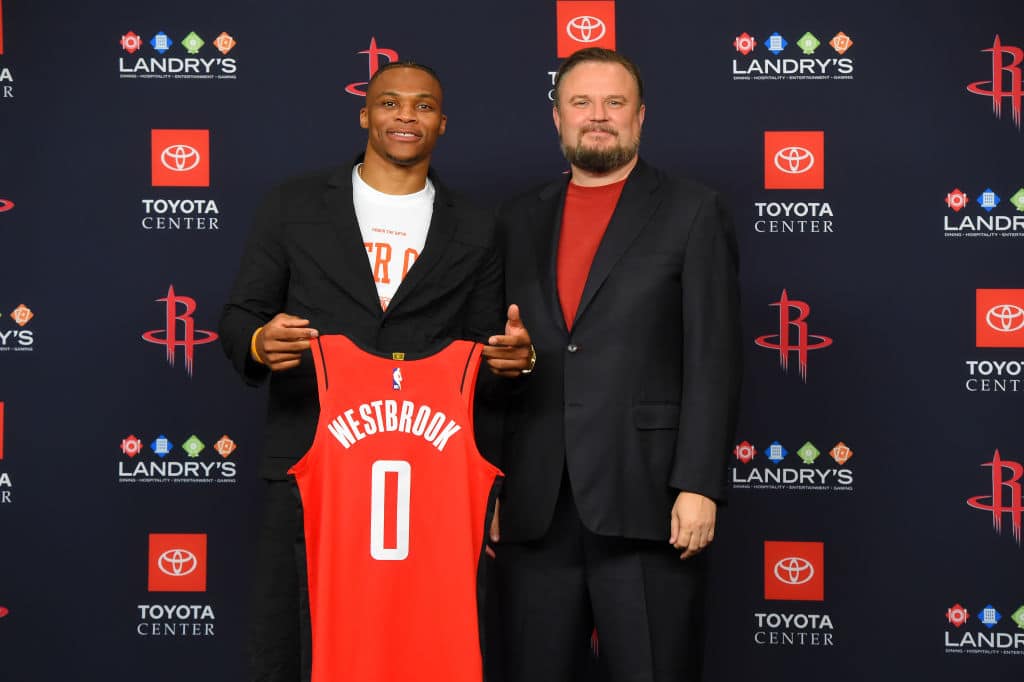 Morey says it was a smart gamble to swap Chris Paul for Westbrook.

Houston’s braintrust believes Russ will be “enhanced” in Texas.

What’s the biggest strategic risk each of you has taken in Houston?

So why trade for Westbrook?

MOREY: “Because even if we were literally the same team, I would take the variance. I need the top end of the tail to win. The bigger the trade, the more risk. He’s got multiple years at a very high number. He’s got a long track record of being very good, so that mitigates it. But you never know how the aging curve is going to apply to different players. We feel good about all these risks. They’re all smart risks. But they’re for sure risks.”

You must’ve thought that there was something about the way that Westbrook plays that you can enhance here.

MOREY: “That’s been our big thing for awhile now. It’s similar to what has gotten a lot of attention with the pitching stuff the Astros have done recently. We don’t know exactly how it’s going to work, because you don’t until you really put it on the floor. But that’s definitely one of our hypotheses is that he’ll be enhanced here.”