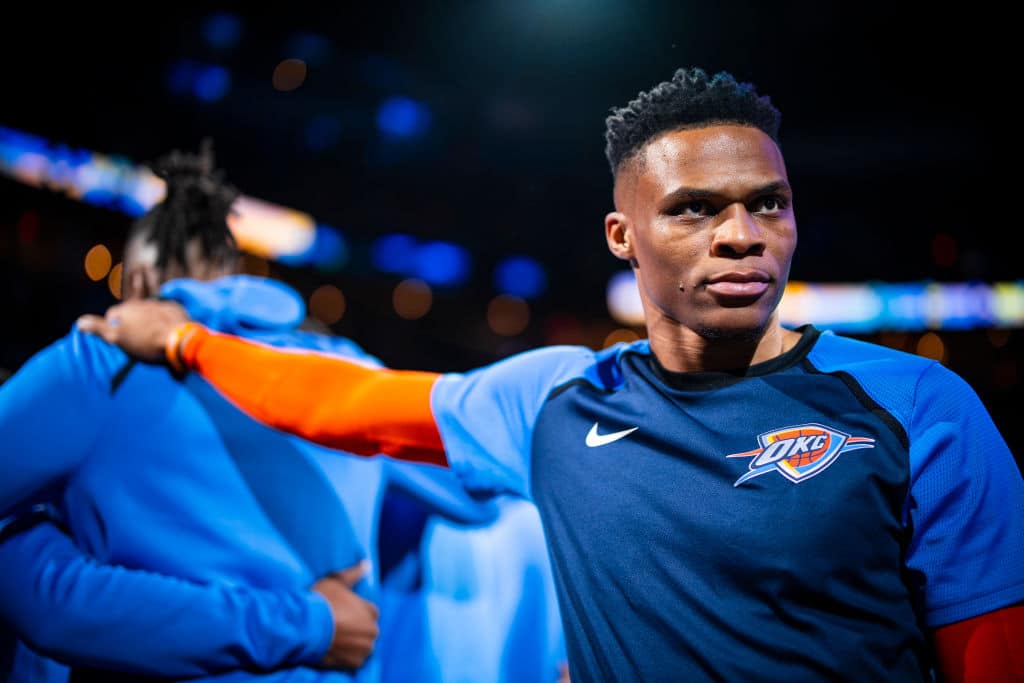 Rockets owner Tilman Fertitta has reportedly been fined $25,000 by the NBA for publicly addressing the Russell Westbrook — Chris Paul trade before it was official.

Russ and superstar teammate James Harden “wanted to play together,” according to Fertitta.

The league office has not announced the fine, which is for comments Fertitta made to Houston’s Fox 26 after the Rockets agreed to send Chris Paul and two future first-round picks to the Oklahoma City Thunder for the perennial All-Star point guard.

Houston Rockets owner Tilman Fertitta was fined $25,000 by the NBA for commenting on the Russell Westbrook trade before the deal was official, sources confirmed.

“We’re excited to have Russell Westbrook,” Fertitta told the TV station. “I would watch him play for Oklahoma City, and he’s so athletic. At the same time, this franchise just had the two years with the most wins it’s ever had in consecutive years, and we wouldn’t have accomplished that without Chris Paul. Chris Paul is unbelievable, and he’s gonna be sadly missed.”