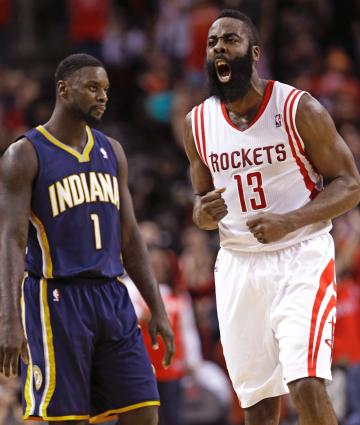 The Grizzlies got the edge in a matchup of two eerily similar teams from opposite conferences, blotting out the Bulls in Chicago. Memphis was able to outslug the Bulls, getting over a very sluggish start and eventually mounting some semblance of offense. Marc Gasol won a matchup of two of the most skilled centers in the League, putting up 18 points, 10 rebounds and a block to lead the Grizz. Memphis smothered Chicago like ribs in barbecue sauce down the stretch, shutting the Bulls out for the final 3:15 of the game. Mike Miller came off the bench to score 12 points, draining 4-5 3-pointers, while Mike Conley had 12 points and 7 assists.

For the first time in 12 games, the Bulls were outdone on the glass, losing the rebounding battle 45-38. Joakim Noah had 15 points, 8 rebounds and 6 assists for Chicago, but had 6 of Chicago’s 13 turnovers. The Bulls managed just 41 percent shooting on the night, seeing many of their possessions tick down to the final seconds of the shot clock. Taj Gibson contributed 18 points off the bench and D.J. Augustin put up 14.

Charlotte dealt a major blow to Cleveland’s Playoff hopes while strengthening their own cause even further, sending the Cavaliers packing. Al Jefferson kept up his run of beautiful post play, scoring 28 points on 12-18 shooting while snagging 7 boards and picking up 3 blocks. The Bobcats earned a tiebreaker over Cleveland, giving them that edge of the two teams right outside of the Playoff chase. Kemba Walker had 20 points and 14 assists for Charlotte and Chris Douglas-Roberts hit 4-7 from long range en route to 14 points..

The Cavaliers had trouble getting going against the Bobcats’ stingy D, shooting 43 percent on the night. Luol Deng put up 19 points on 8-15 shooting, but Kyrie Irving (13 points, 5-17 shooting) and the rest of the Cavs’ starters struggled. Cleveland fell 4 games behind Atlanta for the 8-seed.

Toronto gave a rude welcome back to a handful of former Raptors, frustrating the Kings all night en route to an easy victory. Terrence Ross led the Raps with 18 points, all on 3-pointers despite some early foul trouble, leading five players in double figures. Patrick Patterson, one of the guys brought over in the Rudy Gay deal, put up 15 points on 6-8 shooting off the bench, stepping out to drill 3-4 triples. The Raps shot well as a whole from long range, knocking down 10-21, but 9 of those made treys came from Ross and Patterson.

Gay heard some boos in his return to the T-Dot, putting up 15 points on 5-13 shooting, looking like the Toronto version of himself. DeMarcus Cousins led the Kings with 24 points (8-12 shooting) and grabbed 7 rebounds, but turned it over 5 times and picked up 4 fouls, limiting him to 27 minutes.

The Celtics led the whole way against Brooklyn, sending the Nets back down to .500 after two glorious days as a winning team. Rajon Rondo looked as good as he has all season going against former Celtics captain Paul Pierce, putting up 20 points, 7 rebounds and 9 assists (along with 7 turnovers). Boston managed to overcome 25 turnovers as a team thanks to some good defense or bad offense, depending on your interpretation, as the Nets shot 36 percent from the field. Jeff Green added 15 points for the C’s.

Pierce had his best game yet against his former team, scoring 8 in the first quarter to top his total from the previous two matchups, but finished with just 10. Deron Williams had 20 points, one of just two Nets to shoot over 50 percent individually. Brooklyn is still firmly entrenched in the Playoffs, but could obviously use some wins to ensure they don’t catch Miami or Indiana in the first round.

The Knicks picked up their easiest win in recent memory, coasting to victory against the Jazz. Carmelo Anthony staked them to an early lead, putting up 18 of his 29 points in the first quarter as the Knicks jumped out to a 17-point lead after one quarter. Anthony added a season-best 8 assists while sitting the fourth quarter. The Knicks’ starting lineup featuring Amar’e Stoudemire has been clicking lately, as he and Tyson Chandler (16 points, 11 rebounds) joined Melo in double figure scoring. J.R. Smith contributed another 17 points as all but one Knick made it into the scoring column.

The Jazz couldn’t get anything going from the opening tip, shooting 41 percent on the night. Gordon Hayward and Alec Burks both scored 18, but no other Jazz players made much of an impact. Utah has dropped five in a row.

Minnesota let a massive lead melt away but held on long enough to top the Pistons. The Timberwolves were up by as many as 30 points in the third quarter, but Detroit mounted a rally behind a scoring assault from Will Bynum, who scored all 17 of his points in the fourth quarter before eventually running out of gas and time. Kevin Love tossed up his standard double double, registering 28 points (10-18 shooting) and 14 rebounds while handing out 5 assists and drilling 3 triples. Kevin Martin added 24, while NIkola Pekovic put up 17 and Ricky Rubio approached triple double territory (11 points, 8 rebounds, 9 assists). Minny needed this one after dropping a home game on Wednesday, as the two teams ahead of them both won on Friday.

Outside of Bynum, Detroit got 20 points and 15 rebounds from Greg Monroe, while Brandon Jennings netted 17. The Pistons shot just 40 percent and trailed by double digits from the first quarter on.

Two struggling squads slugged it out in New Orleans, with Anthony Davis and the Pelicans winding up getting the upper hand late. Davis had 29 points, 14 rebounds and 5 assists to lead New Orleans. Tyreke Evans resembled the player the Pelicans thought they acquired this offseason as he scored 25 points, taking all but three of his shots form in the paint.

Milwaukee was led by 25 points from Khris Middleton in a game that featured 24 lead changes. The Bucks were without Ersan Ilyasova, suspended for punching Reggie Evans (not the first guy to want to do that), and lost O.J. Mayo after he committed a Flagrant-2 foul early on. Jeff Adrien had a career-best 20 points and also grabbed 10 rebounds for Milwaukee.

Dallas looked like they had this game wrapped up early, jumping out to a 30-point lead in the first half. Things got very interesting before the Mavericks were able to pull out the win in the final seconds. Dirk Nowitzki scored 22 for the Mavs, Jose Calderon dropped 19 and Devin Harris (12 points) hit the go-ahead bucket late for Dallas.

After Dallas went up 44-14, the Blazers slowly whittled away, getting it down to 16 by half. LaMarcus Aldridge (30 points, 17 rebounds) went bonkers in the third, pouring in 18 points in the quarter to power Portland into the lead. The fourth quarter was as intense as any 12 minutes played this season, with big shots by Wes Matthews (26 points) and Damian Lillard (10 points) for Portland matched by Monta Ellis (17 points, 8 rebounds, 7 assists), Vince Carter (9 points) and Harris down the stretch. Dallas caused some confusion late as Portland got sloppy, missing its final seven shots and throwing the ball away three times in a scoreless final 4:26. Harris put the Mavs back ahead for a good on a falling-away and-one layup with 24 seconds on the clock, and VC sealed it by grabbing an offensive board a missed free throw on the next trip down to finish off a wild one.

No one played a lick of defense in Denver on Friday night as the Nuggets topped the Lakers. The offensive stats are staggering, especially considering this game only went 48 minutes. Both teams had well over 100 possessions and jacked up close to 100 shots, two Nuggets topped 30 points, three Lakers topped 20 and, thanks to no one missing a shot, there were only 34 fastbreak points scored. Kenneth Faried set a career high with 32 points to lead Denver, hitting 14-20 from the field and snaring 13 boards. Ty Lawson went for 30 points and 17 assists, the first Nugget to hit 30 points and 15 assists in a game since Allen Iverson. Denver shot 55 percent on the night, hitting 14-24 from 3-point range in the process. Denver scored 77 points in the first half, their highest total of the season.

Things are as ugly as they’ve ever been for L.A. They’ve given up 408 points over their past three contests for an average of 136. After being down by 19 heading into the fourth, the Lakers made it respectable with a 9-2 run to start the quarter but didn’t get the lead down to single digits until the final 90 seconds. Pau Gasol led the Lakers with 27, while Ryan Kelly and Jordan Farmar both netted 24 off the bench.

The rest of the West has a problem on their hands – the Rockets are officially a terrifying Playoff matchup. They laid a beatdown on the Pacers on Friday, blitzing them in the third quarter to turn a three-point margin early in the quarter to a 31-point lead by the start of the fourth. James Harden (28 points, 10-17 shooting) matched the Pacers on his own in the third, scoring 16 points on his own to match the entire Indiana squad. Houston got a well-rounded effort, as four other players scored in double figures. Dwight Howard put up 15 in his matchup with Roy Hibbert (9 points) and Jeremy Lin came alive for 11 off the bench. Houston has won four straight and is the best team in the West since Jan. 1, moving to 22-6 in 2014.

The Pacers are in the midst of their worst stretch of ball this season, now losers of three straight, all against current Playoff teams. They were sloppy against Houston, turning it over 17 times. New addition Evan Turner tried to show some toughness for Indy, getting in Harden’s face as the bearded baller was in the process of lighting up the Pacers, but it only served as a point for the Rockets to rally around.

Paul George struggled once again, putting up 12 points on 5-12 shooting. The swingman, an MVP candidate early in the season, has seen his field goal percentage drop every month of the season; he’s hitting just 33 percent in March and is down to 43 percent on the year. The Pacers have one more tough road game against Dallas before hitting a stretch of five straight sub-.500 opponents where they can get right, including two against the Sixers.

Golden State came home to a welcoming crowd after nearly two weeks on the road, using balance to top the beaten-down Hawks. David Lee put up 18 points on 9-12 shooting in an abbreviated 25-minute run to lead the Dubs and Jermaine O’Neal turned the clock back to the early-2000s, scoring 17 points and grabbing 8 rebounds after coming off the bench. Steph Curry scored 13 points and handed out 7 assists, but his scoring wasn’t needed as Golden State held Atlanta at arm’s length.

Paul Millsap returned from injury for the Hawks, putting up 16 points and 7 boards, but his presence wasn’t enough. Lacking interior defenders, they gave up 66 points in the paint to the Dubs, part of a 54 percent shooting night for Golden State. Atlanta has dropped five straight and 13 of 14.