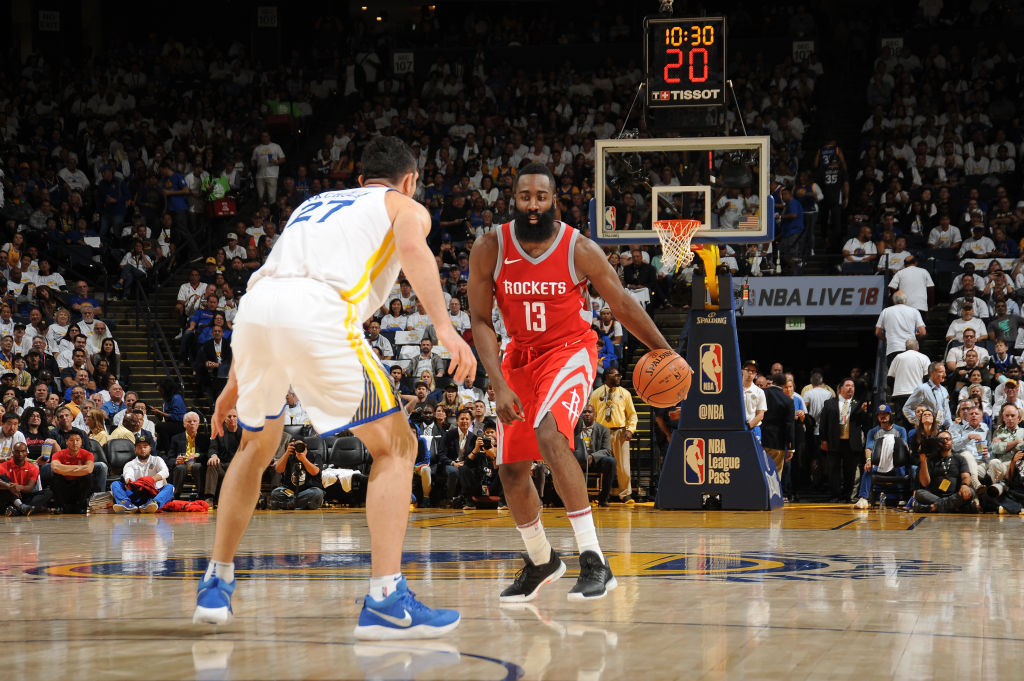 The Golden State Warriors received their diamond-encrusted championship rings Tuesday night, but it was the Houston Rockets who left the gym happiest, having just hung on for a dramatic 122-121 victory.

Kevin Durant‘s would-be game-winning baseline jumper was waived off after replays showed the ball still in his hands with a fraction of a second remaining in the game.

James Harden led the way for Houston with 27 points and ten assists.

“I thought it had a chance but I knew it was a little late. I knew I was cutting it close,” Durant said. “Tough loss. First game of 82, we’ve definitely got to move on. We’ve got to get better.”

Chris Paul had four points on 2-for-9 shooting in his Rockets debut, while Harden scored 27 points, Eric Gordon 24 and Tucker 20 for the Rockets. Houston opened the fourth with a 9-0 run to get back in it.

“They came out and threw their best punch and it took us a while to adjust,” Rockets coach Mike D’Antoni said. “The last quarter we held them to 20. We’re not going to do much better than that.”