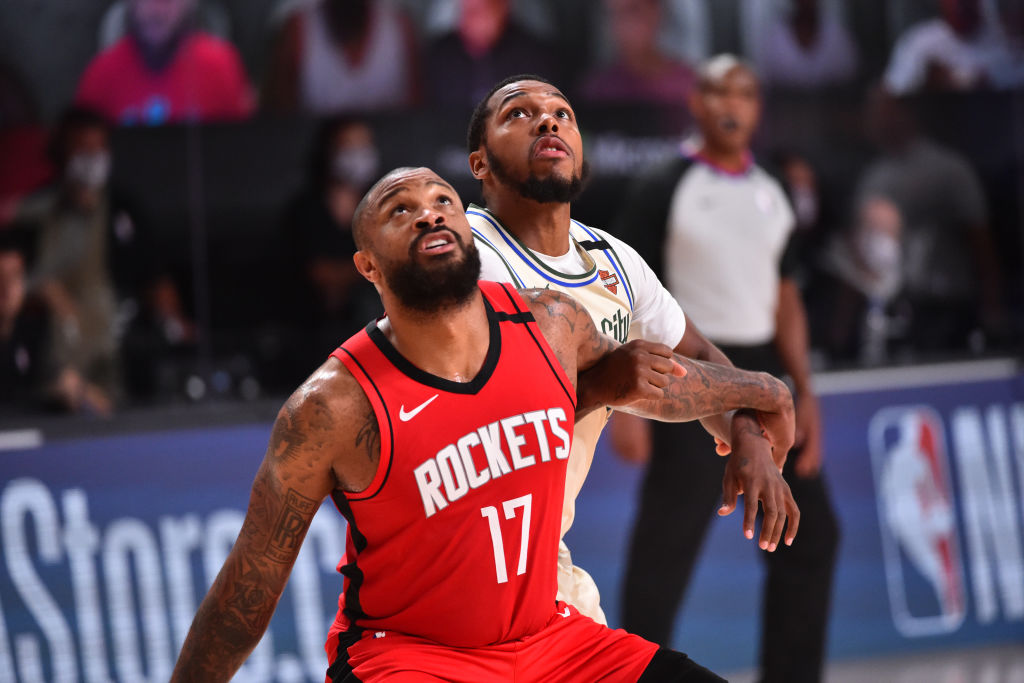 In what was a highly anticipated parting with the Houston Rockets, veteran forward P.J. Tucker has been traded to the Milwaukee Bucks in a package that includes forward Rodions Kurics and Milwaukee’s previously owned 2022 first-round pick (per ESPN’s Adrian Wojnarowski).

The Rockets will receive point guard D.J. Augustin, forward D.J. Wilson and an unprotected 2023 first-round pick, as well as the rights to swap picks with the Bucks in the upcoming draft (barring it being a selection in the top-9).

Tucker, 35-years-old, is a versatile defender who Milwaukee has had their eye on for months as they look to improve the personnel for a defensive scheme that requires a lot of switching. Already a legitimate NBA Finals contender while led by superstar Giannis Antetokounmpo, this move by the Bucks is a small but smart move on their pursuit of an NBA championship.

With Houston expected to make plenty of moves ahead of next week’s trade deadline, Augustin and Wilson may eventually be re-routed to another franchise.

However, should they remain with the Rockets, the 33-year-old Augustin is a savvy veteran that can produce as well as help an emerging talent in Kevin Porter Jr., who is learning the point guard position after starting his career on the wing.

Wilson, a first-round pick in 2017, is an athletic and skilled frontcourt player but unproven in the NBA. With the rebuilding Rockets, Wilson could get an opportunity to display the same dominance as he has at the G League level.