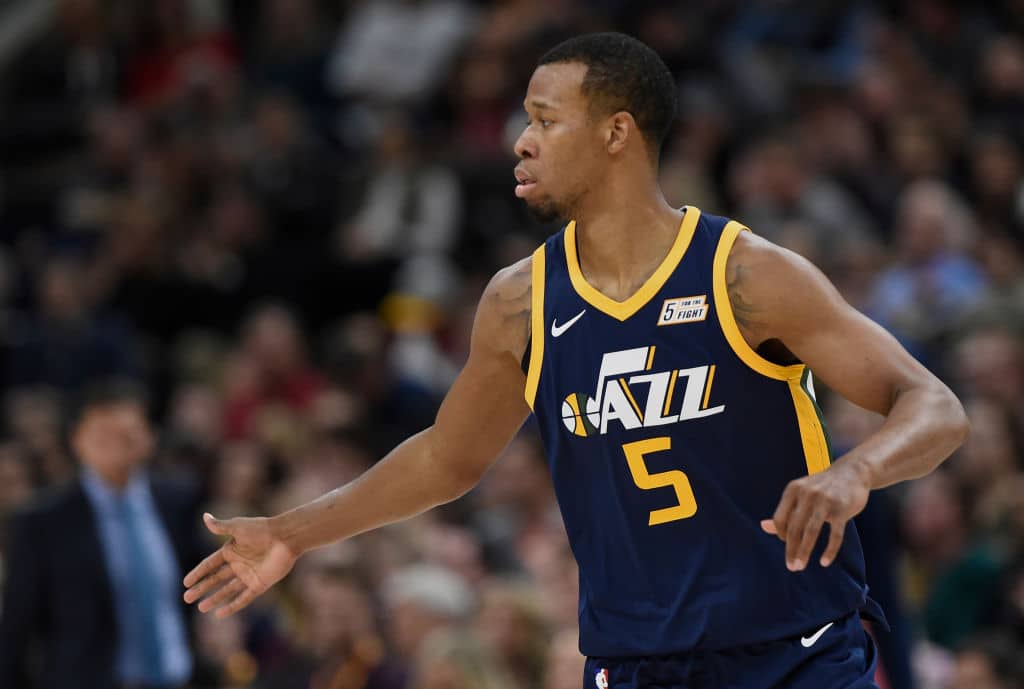 Utah Jazz guard Rodney Hood was ejected from Wednesday night’s 107-104 road victory against the Washington Wizards, and on his way to the locker room, he slapped a fan’s phone out of his hand.

Hood earned his second technical foul with 2:21 remaining in the third quarter.

The 25-year-old can expect a call from the NBA about a possible fine.

Per the Salt Lake Tribune:

The phone fell to the arena floor, and set off some drama. The fan spoke with Capital One Center security and Jazz security officials for much of the fourth quarter, pressing for police action.

While police are unlikely to go after Hood for the interaction, the NBA will probably go after his wallet. Technical fouls are already $2000 each, and ejections cost $2000 apiece. Fines for crossing the lines with fans typically go higher: Kyrie Irving, DeMarcus Cousins and Austin Rivers have already been fined $25,000 each for using profanity in exchanges with fans.