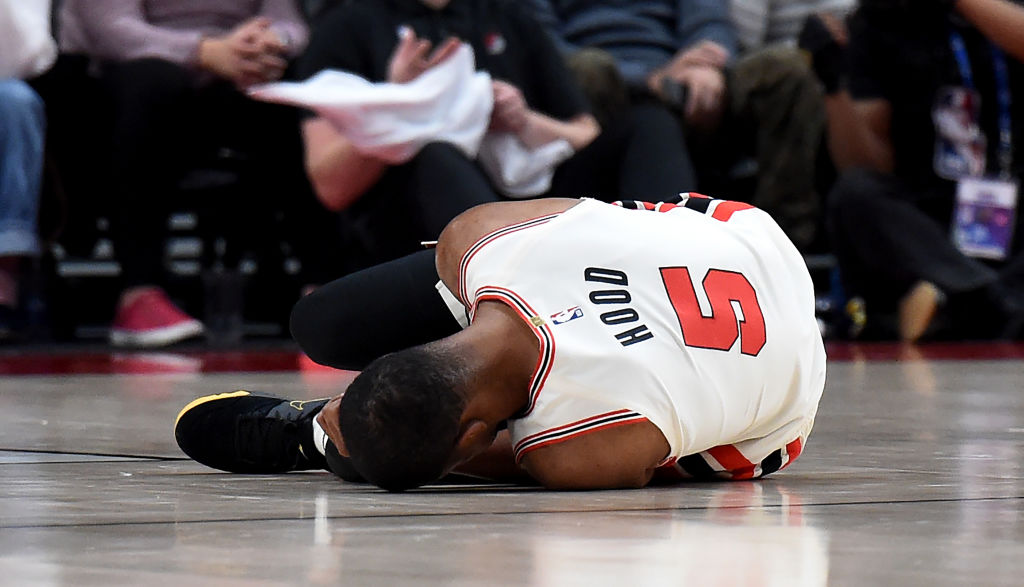 The Portland Trail Blazers announced last night that swingman Rodney Hood has torn his left Achilles tendon. The 27-year-old sustained the injury coming down from a rebound in the team’s home game Friday night.

Hood had been subbed out of the team’s previous game with tightness in the area but was cleared and had logged over eight minutes before succumbing at the end of the first quarter. Hood didn’t appear in the team’s injury report prior to tip-off.

Hood has averaged 11.0 points per game for the Blazers across 21 games so far this season. He re-signed with the franchise over the offseason on a bargain contract in part because of how much he appreciated playing with the organization.

No official timeline has been revealed for Hood but it’s safe to assume that the 27-year-old could be sidelined for the rest of the 2019-20 campaign.

Hood has a $6 million player option to remain with the team next season.