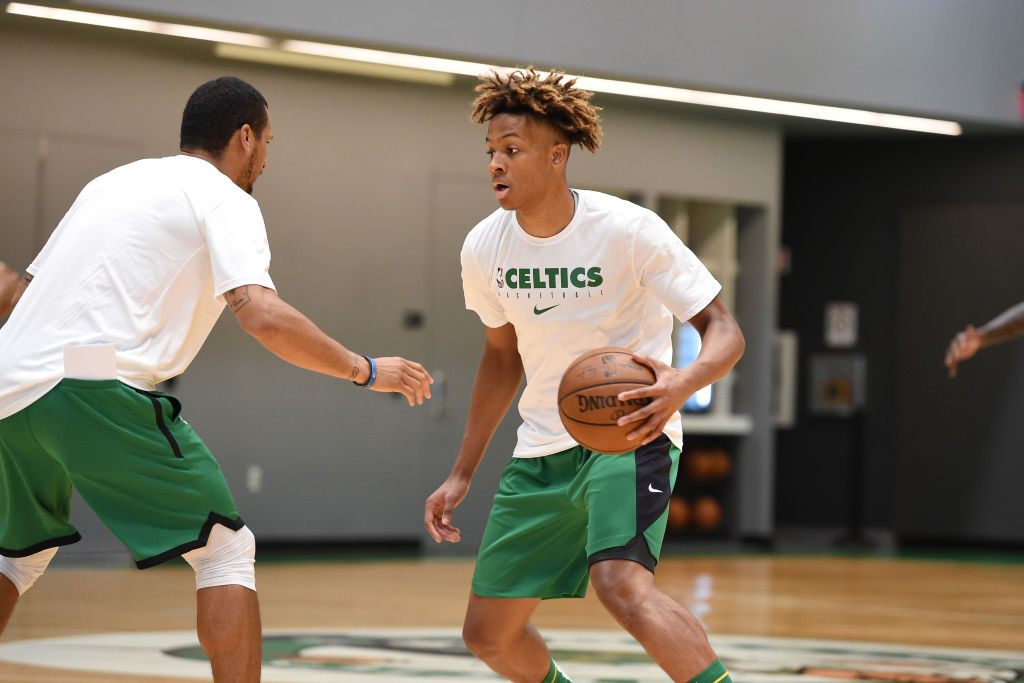 The latest among a number of setbacks for Celtics rookie Romeo Langford has been a knee injury sustained in mid-October. Today, Chris Forsberg of NBC Sports reports, Langford participated fully in team practice.

Langford has yet to make his NBA debut after his selection as the No. 14 pick in the 2019 NBA Draft but could be getting close provided no issues arise from his participation in practice.

Over the course of the offseason, the Indiana product spent time recovering from surgery for a thumb injury that impacted him throughout the entire 2018-19 NCAA campaign. When Langford’s thumb returned to 100% ahead of preseason, the guard then sustained a groin injury.

Prior to the thumb injury that represents this series of setbacks, Langford was among the most coveted prospects outside of the NBA. For that reason, the franchise has every incentive to be patient with the rookie while he creeps ever closer to 100%.