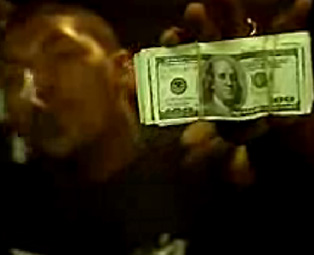 When a music artist releases a new video, they usually stop by TRL or maybe one of those shows on Fuse to pimp the video and get it out there a little bit. Ron Artest, however, is too busy these days playing basketball and stuff.

So, in a wink to the internet age, Ron Ron is making his new video available for download here on his K1X site beingronartest.com.

Smart of him to film it in Vegas, though, because now the Maloofs can’t say anything about his debauched behavior.