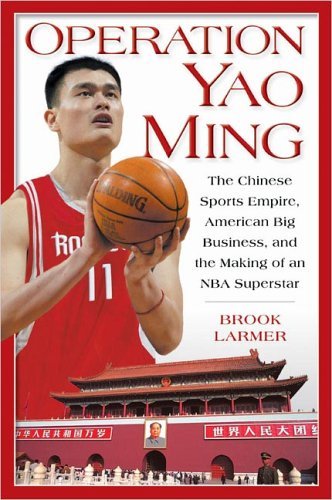 -I hope someone is documenting every second of Ron-Ron’s trip to Africa and releasing the DVD just in time for Christmas.

“We went out to the jungle and stayed with real tribes for a few days, slept in tents and were protected only by the warriors. It’s so amazing. They actually drink blood mixed with milk. They eat goat, drink blood, some water. Wait until you see it.”

(Artest) filmed a cheetah killing a zebra, captured a monkey lingering near his tent, filmed former Kings swingman Mo Evans dancing with the tribesmen. On another occasion, Artest peeked outside his tent and found a hippo lurking.

“Scariest moment of my life,” he said. “This was the jungle! I zipped my tent up so fast … “

(Not so hardbody now, are we?)

-Jamaal Magloire thinks he’s a tough guy: He calls the League “soft”. Yes, because when you think of toughness, Magloire immediately comes to mind.

-As Russ mentioned in the comments here, the All-China Sports Federation is mad at Yao Ming for reporting late to the national team. (Also, thanks to reader Rafael Villegas for writing in with the tip)

“No matter how lofty public welfare activities are, they can’t be allowed to take first place in a player’s life,” the China Sports Daily, a federation-owned newspaper, said in an article appearing Tuesday.

“No matter how sweet personal life is, it can’t be compared to the exultation of capturing glory for one’s nation,” the article said.

-And finally for today: I wish I had the toughness of a rugby player.