Rajon Rondo is a Much Better Three-Point Shooter 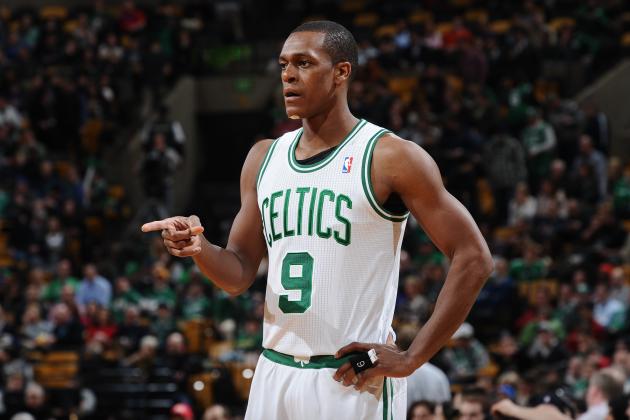 The days of defenders leisurely standing far away from Rajon Rondo and daring him to launch the outside shot may be a thing of the past.

The Boston Celtics star point guard has improved dramatically from behind the arc – having never made more than 17 3-pointers in a season, Rondo is already at 16 made threes in just 15 games.

“Ultimately you never know how that’s going to work itself out, but that was kind of part of the big picture plan is using that rehab time to spend even more time shooting the ball,” the Celtics coach said of Rondo’s time on the way back from ACL surgery. “That’s the one thing that’s been pretty consistent since he’s gotten back is his outside shooting, both from long 2 and from 3. And I think that all the time that he’s put in is paying itself off.

“I think it’s a prerequisite for things working more fluidly,” Stevens said. “It makes the defense make a decision. I’ve seen the last couple of defenses really pick and choose a little bit differently than maybe the first couple weeks. It’s not a coincidence then that our offense … is better. It may not be on a given night, but it’s better from the big picture than it was two months ago just because (Rondo’s) getting more comfortable and he makes everybody around him better.”

Rajon Rondo had a career 24.1% mark from three-point land, but that figure has rocketed up to 36.4 this season after putting in so much time working on his shot during rehab from knee surgery.

Rondo used to drive Celtics fans batty by refusing to take open shots from the perimeter, but he’s clearly a more confident shooter and the results are indisputable. Last year’s devastating injury, it seems, may have been a blessing in disguise.