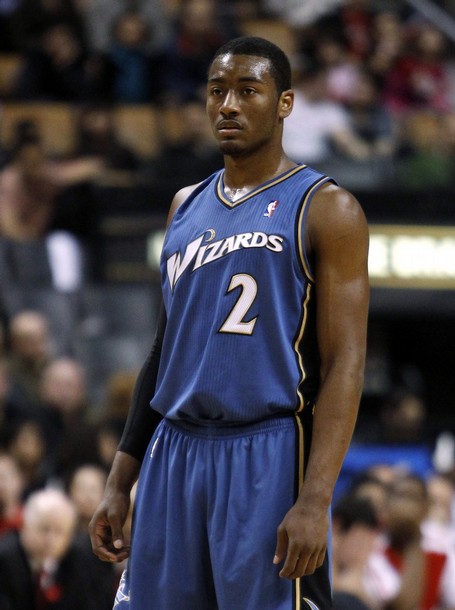 Welcome to the Rookie Report, a weekly judgement and analysis of the NBA’s Young Gunz.

This time last year, I took the NBA for granted. For some unexplainable reason, I was already numb and desensitized to the brilliant play of the rookie class. I knew Brandon Jennings was a problem when he scored 55 points in three quarters vs. Golden State, but I didn’t realize he had a six-game stretch in November when he averaged 31 points and seven assists. We all knew Tyreke Evans could get in the paint and score at will, but who projected him to make history with a 20-5-5 season? I knew Steph Curry could shoot, but I had no idea he was going to get significant minutes in the world championships and develop arguably the sweetest stroke in the league. What I was witnessing wasn’t normal—I knew that. But I didn’t absorb most of it.

In the college ranks, John Wall was on the brink of his coming-out party, when he lit up Dexter Strickland and outplayed Kemba Walker at the Garden to solidify himself as the best point guard in the country. I knew who Evan Turner was, but I didn’t know ‘Evan Turner: Naismith award winner.’ This year, I’m making sure I know. Although the ’10 class isn’t as deep as ‘09, there’s plenty of talent that’ll mold the future of the NBA.

Wall was hindered by injuries once again, playing only twice this week. He had 10 points and seven assists in a blowout loss to Atlanta, and 19 points and eight assists in last nights loss to Toronto. Wall has a lot more growing to do. He’s been a freak on the stat sheet, but his leadership capabilities have yet to be tested. In my school of thought, point guards are heavily responsible for the teams’ success (or failure), and Wall is the nucleus of the Wizards. So far so good, but there’s room for improvement.

Another monster week for BG. The mega-rookie was back at work, assembling more highlights and meals. Griffin was a savage in his eating habits this week.

At this point, it’s kind of unfair.

For an even deeper comparison, I’ve charted Griffin’s performance thus far against the top big men selected in recent drafts:

The Clips went a solid 2-2 this week. Was the league extremely hung-over from all the Thanksgiving festivities, or is L.A. actually making progress? With Baron Davis healthy, Griffin should have many more opportunities to score the basketball. Using the Clippers in 2k11 is a blast because of all the virtual talent they have. Only time will tell if it’ll translate to real life.

Blake Griffin goes up against tough competition this week, so we’ll have a good amount of film to evaluate him on next week. He faces Nene, DeMarcus Cousins, LaMarcus Aldridge, and a Lakers frontline of Paul Gasol and Lamar Odom. Griffin still leads the rookies in points, rebounds, and double-doubles (12).

The Knicks are 7-3 in their last 10 games, and some of the success can be attributed to Fields. He was named Eastern Conference Rookie-of-the-Month, and deservedly so. No other rookie in the East played at Fields’ level on a consistent basis.

He logged 51 minutes in the double-overtime game vs. Detroit and had only three turnovers. Not bad for a rookie. I’ve really grown to enjoy Fields’ game and the way he fits into Mike D’Antoni’s system. He runs the floor well, with polished court awareness and the ability to effectively use open space. He does all the little things well—cutting to the basket, good at the pick-and-roll/pick-and-pop (on both ends), and isn’t shy to shoot the 3-pointer when Raymond Felton and Amar’e Stoudemire operate and the defense converges into the paint. Fields leads the rookies in field-goal percentage, and is second in rebounds and double-doubles (8).

Last week, I wrote a paragraph on the L.A. Clippers’ futile effort to win games, and how I couldn’t make sense of the talent-not-translating-into-wins situation they’re in. To fit the script, they went a solid .500 this week. But that’s not the point.

In last week’s ‘Rookie Report,’ I was breaking down the talent on the Clippers roster but neglected to mention Eric Gordon’s strong play. My fault.

EG is 7th in the league in scoring (24.1), averaging more than Carmelo Anthony, Rudy Gay, and Steph Curry to name a few. He’s led the Clips in scoring in 12 of their 19 games, and is by far the best one-on-one scorer on his team. At this point, you could even argue he’s as valuable as Blake Griffin because of his polished inside-outside game. We all knew he had the ratchet, but we vastly overlooked his ability to ruin people at the rim. You could also argue he’s had the nicest dunks of any guard in the NBA this season.

There’s no question playing with Team USA did wonders for his game. Gordon has a quicker first step, and uses both the step-back and euro-step to perfection. If you give him space, he’ll eye you. Try to lock up and he’ll blow past you. His quiet yet smooth confidence makes him a fan favorite (at least to this fan). Long story short, Eric Gordon is a monster.

-One day after being ejected from the team practice, DeMarcus Cousins posted a career high 20 points and eight rebounds in only 23 minutes vs. Indiana. Cousins is a work in progress, but he’s making progress nonetheless.

-For the past six games, the Memphis Grizzlies have started Xavier Henry instead of O.J. Mayo at shooting guard. In these six games, the Grizzlies are 4-2 but Henry is averaging only six points per. It’ll be interesting to see what Lionel Hollins does with the lineup going forward.

-Pistons rookie Greg Monroe had his strongest week of the season, posting six points and six rebounds vs. New York, and 15 points and eight rebounds last night in Miami.

-It’s been a wacky year for the Indiana Pacers’ draft picks. The Pacers are ½ game back in the Central Division, but have no consistent rotation. After playing in the first six games, rookie swingman Paul George has been inactive nine of the past 11 games. Their other rookie, Lance Stephenson, has yet to suit up. C’mon Born Ready!

-The opposite applies to Milwaukee Bucks rookie Larry Sanders. After playing sparingly to start the year, Scott Skiles has invested faith in the 6-10 forward from VCU. I’ve been high on Sanders for a while now. With some more experience and polish, he could cause damage in the league. Sanders has started the past three games at small forward and he’s held his own. He was two blocks short of a triple-double last night, posting 14 points, 10 rebounds, and eight blocks.