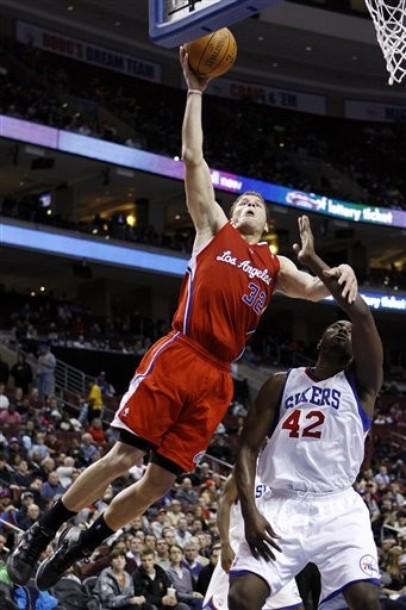 Welcome to the Rookie Report, a weekly judgment and analysis of the NBA’s Young Gunz.

It’s mid-December, a very busy time in the sports world. The first wave of separation is occuring in the NBA, when the good teams move forward while the struggling ones slowly drown.  It’s week 15 in the NFL, where the intense playoff push is going hard. College Basketball is in the midst of the non-conference schedule, with an abundance of future NBA talent on display.

Trending Topics: The Heat have won 10 straight!… The Knicks are back!… The ’10-11 Patriots are in ’07-08 form… Are Derrick Rose and Russell Westbrook among the top-four pg’s in the league right now?… Is Brett Favre still playing? Nope, he retired… Oh wait, he’s back, with only one arm, cool!… Will Peyton Manning miss the playoffs for the first time since 2001? Who is Keith Benson?… Is Donald Sterling still the owner of the Clippers? Of course he is, damn…

…That’s why I’m here, to shed light on the “Not-so” trending topics. We might as well, right?

Since a Nov. 13th loss to the Bulls, an ailing Wall has managed to play in only seven of the Wizards’ last 15 games. Wall suffered a sprained left ankle while defending Derrick Rose, an injury that began the recurring theme of DNP for Wall. He battled through the sprained ankle only to come down with right knee tendinitis a few days later. As Michael Lee of the Washington Post notes, Wall is a soldier—he played through a broken left thumb during his junior year of high school.

The No. 1 overall pick played in half of the Wizards’ game this week, a total of one contest. He posted 8, 6, and 5 in a loss to the Knicks. When healthy, Wall’s been one of the best rookies in the league. He’s scored in double-figures in 14 of his last 15 games, leads the NBA in steals per game, and ranks 5th in assists per game. The timetable for his return is uncertain, keeping the D.C. area on edge. The Wizards have lost nine of their last 10, and host the Miami Heat and Chicago Bulls this week. Oh Boy.

The Clippers continue to rack L’s, but individually Griffin isn’t losing anything. [If healthy] He’ll win ROY honors, the respect of the league, and heck, maybe even help the Clips win a few more games. As I always note, Griffin spends his time in the cafeteria, eating meal after meal. This weeks menu featured Zach Randolph with a side of Marc Gasol, Dwight Howard, and Elton Brand.

Griffin was shy at first, ordering from the Weight Watchers menu vs. Memphis, posting 19 points, 11 rebounds, and 5 assists. Then, like the Griffin we’d expect, he took full advantage of the buffet. In his last two games, Orlando and Philly, he’s combined for 47 points, 34 rebounds, and 10 assists. His offensive output is the obvious. But Griffin’s picked up his D too, averaging one block and one steal per game in December. At this point, it’s hard to imagine Griffin being left off the all-star team.

It’s scary that Griffin’s producing 20 and 12 with an arsenal full of raw skill, and raw skill only. What will he be doing next year? 25 and 15? For the first time in a long time, the Clippers made the right decision with this draft pick.

You’d be hard pressed to find a team playing worse than the Sacramento Kings right now. A few teams are playing just as bad, but none worse. After two blow-out losses vs. Miami and Houston, the Kings seemed very uncomfortable in last night’s game vs. New Orleans. Like a newly licensed driver speeding in a blizzard, Paul Westphal’s team inevitably spun out of control and totaled the car. Sacramento was up 23 in the third quarter, but of course, they found a way to lose the game.

Somewhere in this mosaic of disappointment and confusion lies DeMarcus Cousins, a bright spot on the young Sacramento team. Cousins is currently in the best stretch of his career, averaging 13 points and 7 rebounds over his last six games. He had 17 and 7 vs. the Rockets, and contributed 13 and 7 in the car wreck. Still 20 years of age, Cousins has shown promise of filling his heavy expectations.

–Ed Davis recorded his first career double-double last night, posting 10 points and 10 rebounds in a 110-93 loss to the Bulls.

–Greg Monroe is averaging nearly 7 rebounds per game in December, playing only 26 minutes per game.

Thanks for reading the Rookie Report. Enjoy your week everyone.