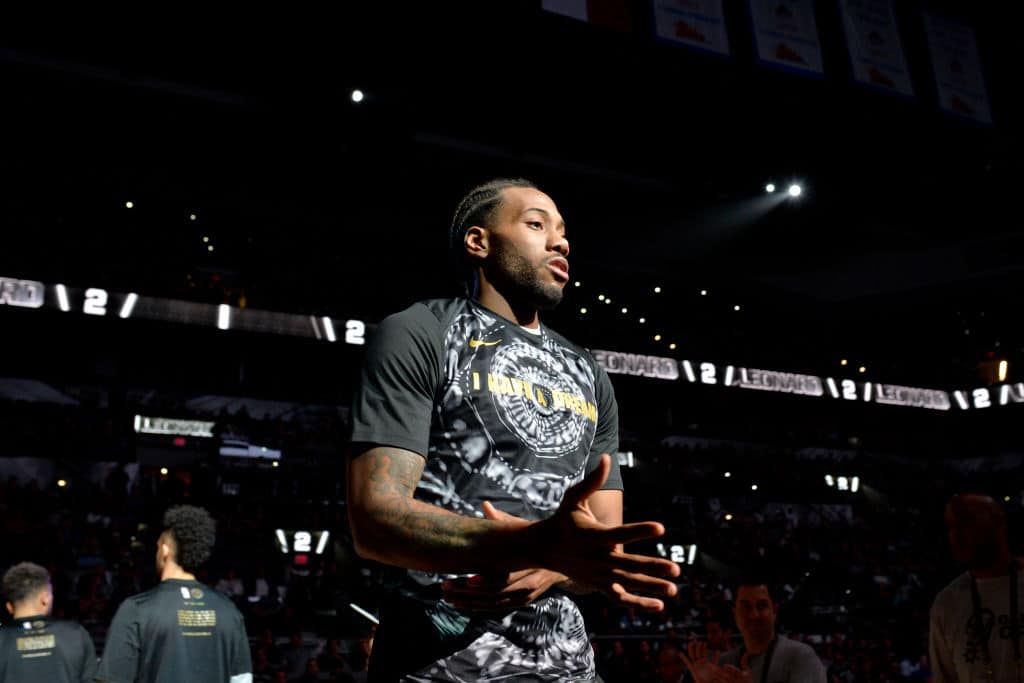 The season-long drama between Kawhi Leonard and the Spurs was “blown out of proportion” by the media, according to teammate Rudy Gay.

I talked to Rudy Gay about the San Antonio Spurs' culture, the Kawhi Leonard drama, learning from Gregg Popovich, his 2018-19 player option that could make him an unrestricted free agent, how much longer he wants to play and more: https://t.co/fMwuUl2pgG

Gay says San Antonio was expected to compete for an NBA title, which only added to the frustration with Leonard’s prolonged rehab from a quad injury.

Rudy sympathizes with Kawhi dealing with a lingering injury, and says all you can do is wait and hope the situation improves.

Entering this season, there was excitement about you and Kawhi Leonard, but you only got to play five games together due to his right quadriceps injury and your right heel injury. How frustrating was that, and do you think the situation regarding Kawhi was blown out of proportion?

“With that situation, it’s tough being injured. I know it was tough for him. It’s tough when you’re sitting out and knowing what you can do and not being able to contribute. I’ve done it! I’ve been there and had to sit out. Not being able to play basketball is hard. This is all we know. Being healthy is rare in this business. That’s why I’m taking this summer to get myself 100 percent healthy and become the best player I can be. I guess our timing was off, you know?”

Were you able to talk to him at all as he was doing his rehab? Having been through something similar, were you able to give him any advice or talk him through this since you can relate to what he’s going through?

RG: “Yeah, I have. I’ve talked to him and sent him pictures and stuff like that. We would talk back and forth. Like I said, I’ve been in that situation, you know? There’s really nothing others can say [to make it better]. You just work as hard as you can to get healthy. I hope he’s getting closer to that. I haven’t really brought it up or anything, but I hope he’s getting closer to that.”