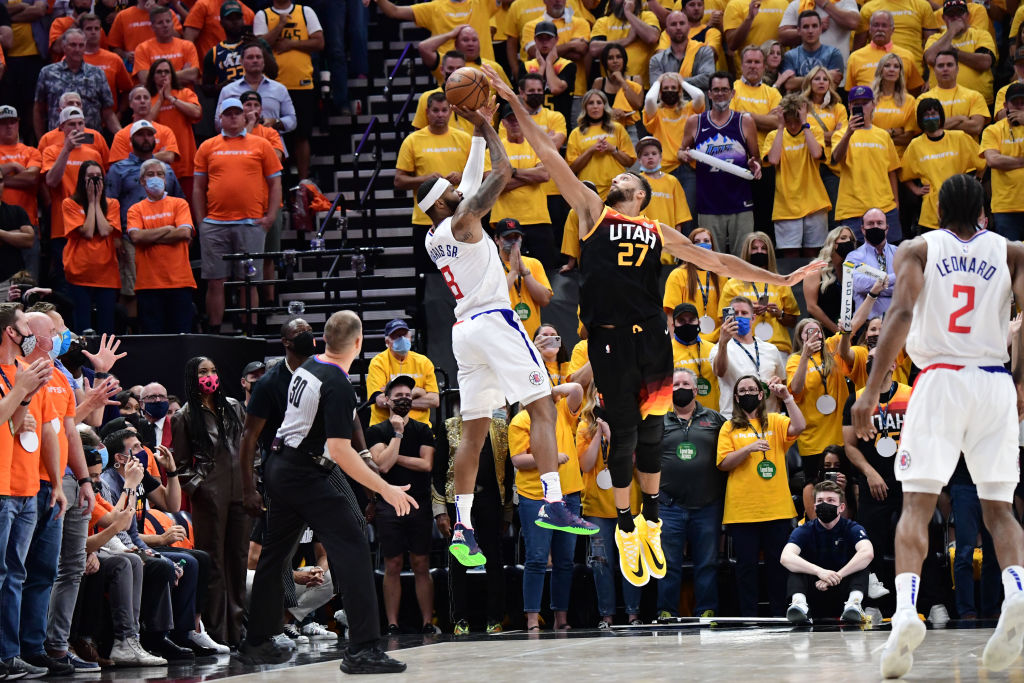 On the heels of a 112-109 victory over the Los Angeles Clippers in Game 1 of the Western Conference Semifinals, a match that came down to the last possessions, Utah Jazz center Rudy Gobert had an extra reason to celebrate.

Gobert, the 27th overall pick in the 2013 NBA Draft, was announced Wednesday as the 2020-21 NBA Defensive Player of the Year. This marks the third time that Gobert has won the award in the past four years.

He’s only the 4th player in NBA history to win the award three times. pic.twitter.com/4HUFDKaFun

For Gobert, this is a historic accomplishment. Gobert is only the fourth player in NBA history to win the award three times, joining Dwight Howard (3), Ben Wallace (4), and Dikembe Mutomubo (4), the latter two of whom are Hall of Famers.

Gobert is one of the best shot-blocking big men and one of the most athletic as well, blessed with elite explosiveness and lateral agility.

These numbers helped the Jazz finish third overall in defensive rating in the league (107.5) and first in record (52-20).

“It’s unbelievable,” Gobert said of winning the award three times. “When I started basketball as I kid, if somebody would have told me that I was going to be Defensive Player of the Year, I would have never believed them, let alone three times.”