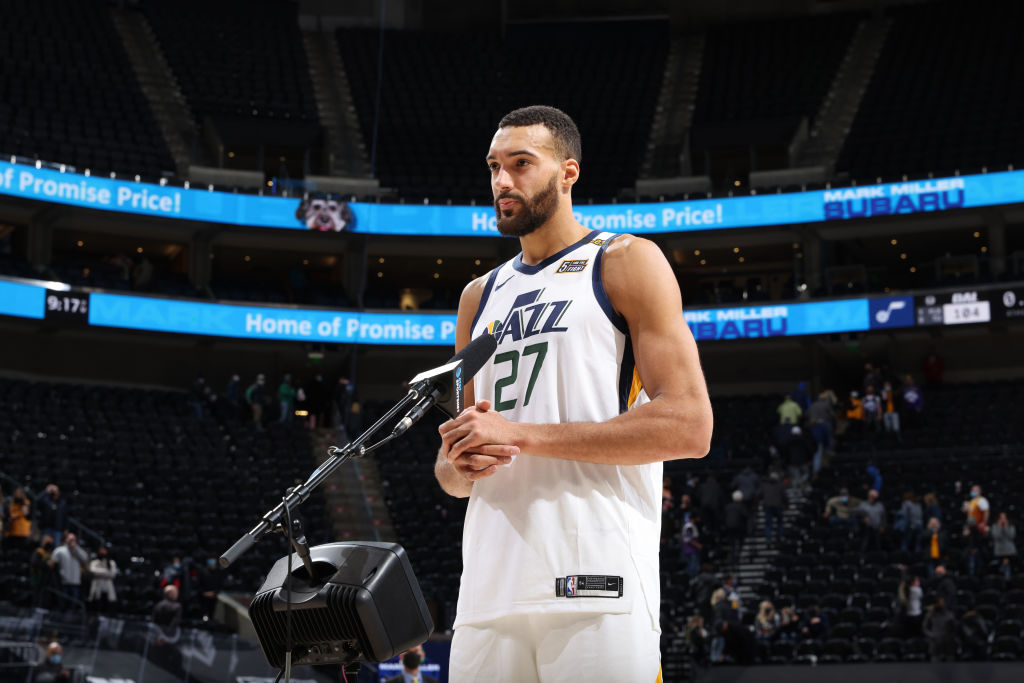 After starting off the season slow, with a 4-4 record through their first eight games, the Utah Jazz have not lost since.

Impressively, the Jazz now sit atop the Western Conference with the best record in the entire NBA at 14-4, having won ten straight games. This comes on the shoulders of Rudy Gobert and Donovan Mitchell, who have shown to be worth the massive contracts they signed this offseason.

After their most recent win, Rudy Gobert spoke to the media about the success that Utah has seen recently.

“I really think that’s probably the first time since I’ve been here that I’ve seen that much focus from every single one in this locker room. I really feel like we’re playing for something bigger, and that we are on a mission.”

Gobert and the Jazz certainly look like they’re on a mission. Offensively, they’re the second-best three-point shooting team in the entire league at .397, which is a huge advantage in the modern NBA. On the defensive end, they’ve looked just as good, posting the third-best defensive rating in the League. Additionally, Utah is one of the best rebounding teams as well.

These things are a recipe for success the way that basketball is played today. Gobert tweeted that the Jazz are only getting started, which shows clearly on the court with the amount of effort and hustle this team plays with. While the Los Angeles Lakers are still the favorite out West, the Utah Jazz are looking to change that narrative.