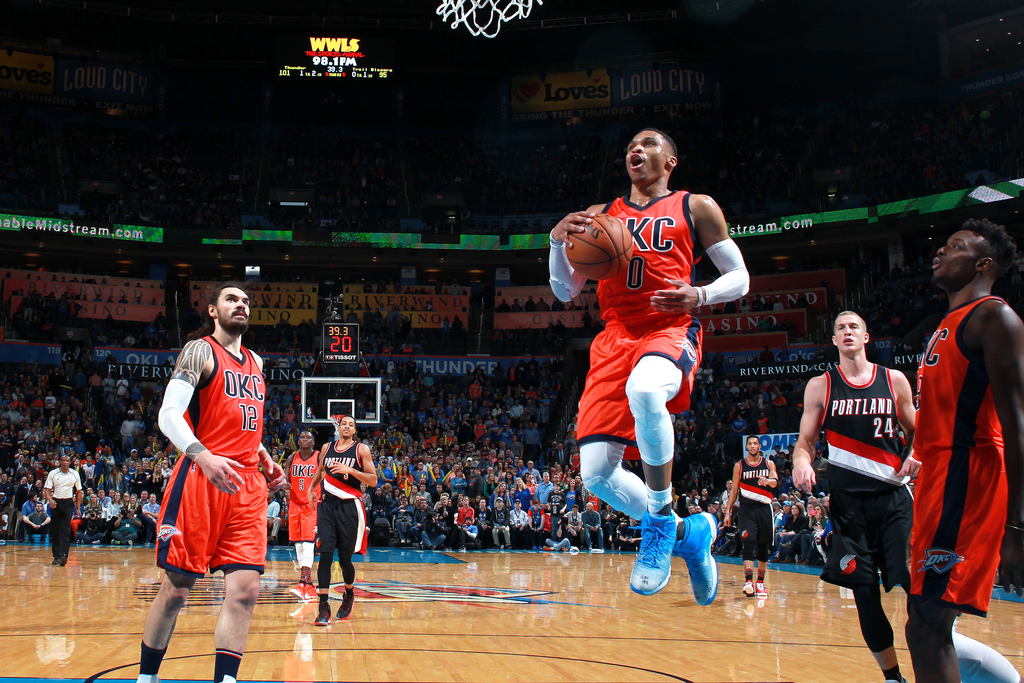 Russell Westbrook exploded for 19 of his 42 points in the fourth quarter Sunday night, driving the OKC Thunder to a 105-99 win against the visiting Portland Trail Blazers.

Westbrook also added eight assists and four rebounds in his eighth 40-point performance of the season.

Victor Oladipo chipped in 24 points and 13 boards for OKC.

“It was a great collective team win,” said Oladipo, who also had three assists, two steals and two blocked shots. “We did a great job defensively, especially in the second half. We just got to build on it.”

Damian Lillard had 29 points and seven rebounds for Portland (22-30), which has dropped three of four. C.J. McCollum added 19 points and eight boards. […] “It’s frustrating,” Lillard said. “I do think we competed. We were in position to win the game, once again. Like many games we have had this season, we had opportunities that we didn’t always take advantage of.”

After scoring 19 points in the fourth quarter to spark a 114-102 comeback victory over Memphis on Friday, Westbrook again rallied the Thunder when they needed him most, scoring 31 points in the second half.