Russell Westbrook Hangs Triple-Double No. 18 on the Grizzlies 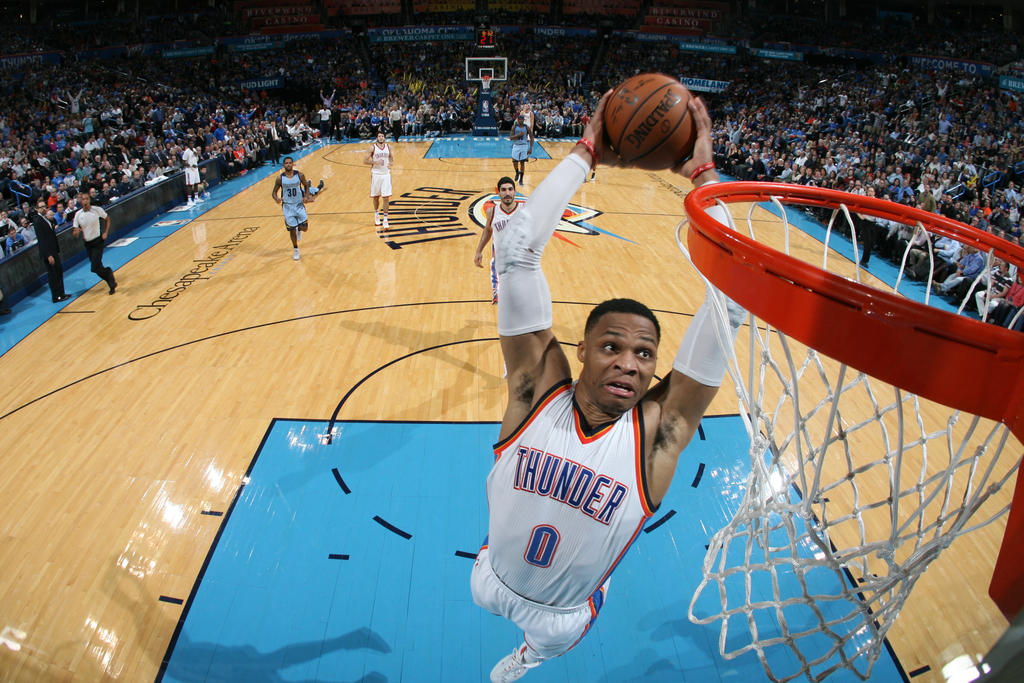 It’s the 55th time in his career that he’s reached a triple-dip.

Westbrook's 18 triple-doubles last season were the most since Magic in 1981-82. He has 42 more games to go this season.

Russ did struggle in this one, however, shooting just 6 of 19 and missing all seven of his 3-point attempts.

Westbrook isn’t just rolling up stats. The Thunder are 15-3 this season and 33-3 the past two seasons when he gets a triple-double.

“People can get wrapped up in numbers and talk about numbers, and the numbers don’t reflect winning,” Oklahoma City coach Billy Donovan said. “When Russell has gotten the triple-doubles, we’ve won, and that’s what he, I think, is most focused about.”


Westbrook’s teammates shot just under 50 percent from the field to make up for his rough shooting. […] “Even with his numbers, it’s really a complete and total team effort,” Donovan said. “Guys have got to put the basketball in the basket to get him assists. Steven (Adams) and Enes (Kanter) screen to get him loose, to get him downhill to make plays. Everybody’s kind of contributed.”