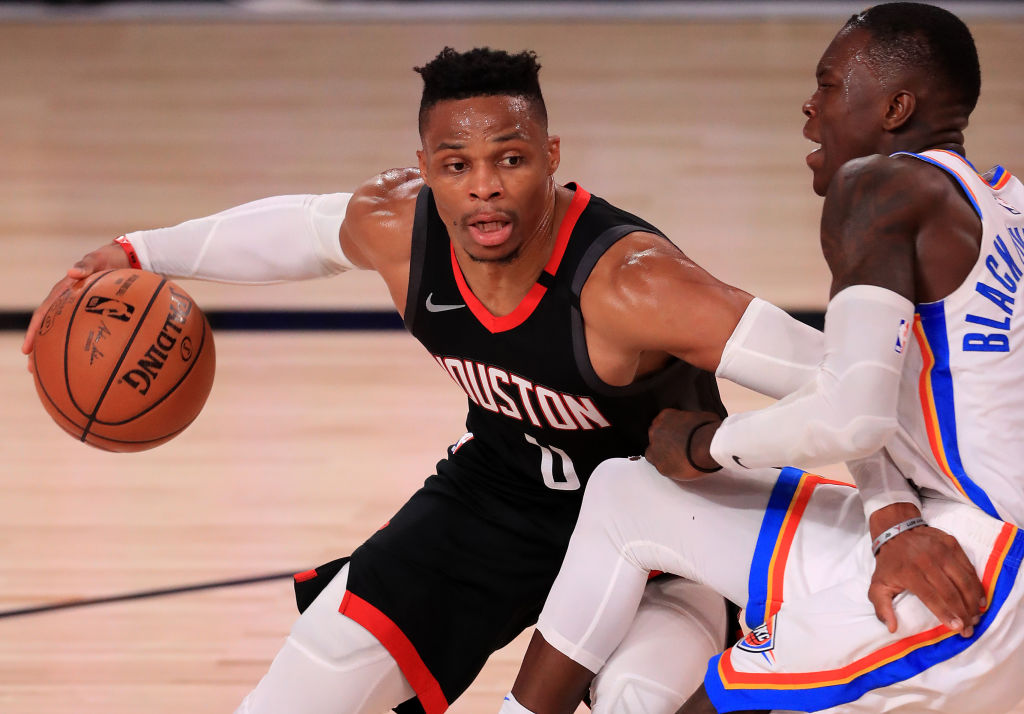 For the first time since 2016, Russell Westbrook is competing in the second round of the NBA playoffs. Before he got there, the Rockets guard led his team to a Game 7 win against his former squad, the Oklahoma City Thunder.

That fateful Game 7 came down to the wire, with the Thunder inbounding the ball with 1.1 seconds remaining on the clock. Their play was ultimately broken up by Westbrook, who got his hand on the ball resulting in no shot attempt for Oklahoma City.

Westbrook’s defense was really good on this play, maybe even too good. After the game, Adam Spolane of Sports Radio 610 asked if that final play was something Billy Donovan ran when he was on the Thunder.

Yeah, I kinda know a little bit. I just wanted to mix it up because I knew they were out of timeouts and I knew where the ball was going, so I was trying to muck it up. There wasn’t enough time to make one more catch.

Surely Billy Donovan didn’t think he could get away with drawing up a play that Westbrook knew in this late-game situation? What makes things even more interesting is that Game 7 of that series was the final game of Billy Donovan’s current contract, as he looks to be re-signed by the team this offseason.