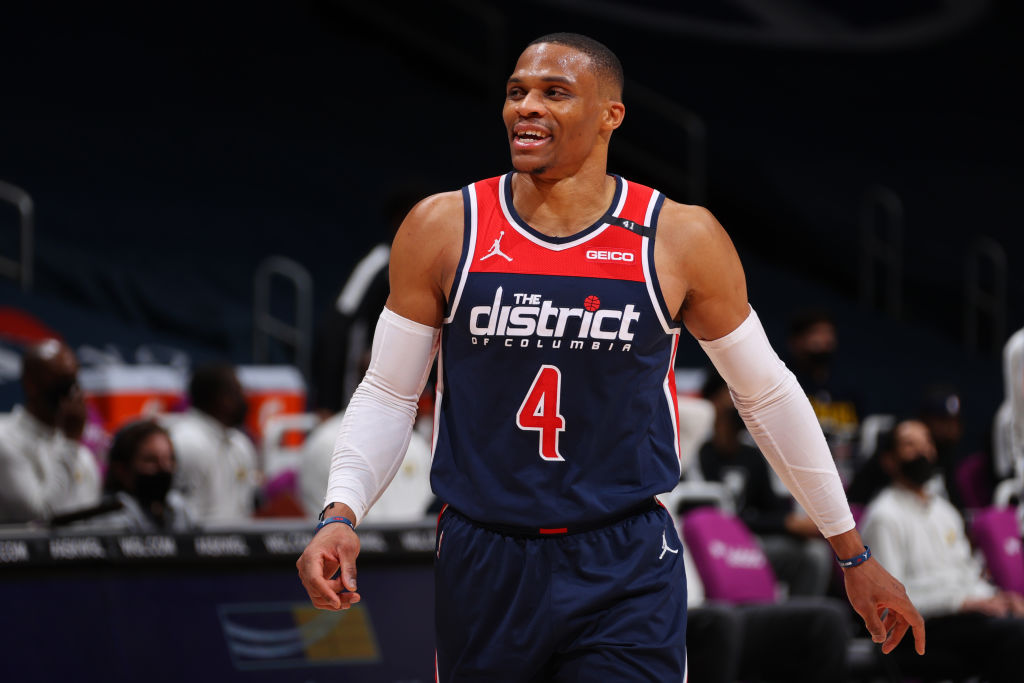 Russell Westbrook is one of the most explosive points guards in NBA history.

A surefire Hall of Fame inductee when he retires, Brodie has earned one NBA MVP award (2017), two Kobe Bryant All-Star MVP awards, nine All-NBA selections and he’s led the league in both points and assists twice. Westbrook, the league’s triple-double savant, has also led the NBA in triple-doubles five times.

What Westbrook has not accomplished up to this point in his career is winning an NBA championship.

That being said, while Westbrook is known as a fiery competitor who gives it all on the court, he doesn’t view winning a championship quite the way you might expect. To Westbrook, that achievement pales in comparison to the triumphs he’s had in his personal life.

“I’m happy. I was a champion once I made it to the NBA. I grew up in the streets. I’m a champion. I don’t have to be an NBA champion. I know many people that got NBA championships that’s miserable, haven’t done nothing for their community, haven’t done nothing for the people in our world. And for me, man, my legacy, like I mentioned before, is not based on what I do on this court.

I’m not gonna play basketball my whole life. My legacy is what I do off the floor, how many people I’m able to impact and inspire along my journey, man. That’s how I keep my head down and keep pushing because it’s very important that you don’t let the negativity seep in, because it’s been like that my whole career, honestly. There’s no other player that kinda takes the heat that I take constantly.”

In a league with an ever-increasing number of players, Westbrook’s challenges may not be wholly unique to him but they speak volumes about Brodie’s character and mindset. As one of the most influential stars, Westbrook’s message that life in the NBA isn’t all about the accolades may receive pushback from some but it bears mentioning that Westbrook is constantly using his platform to help underserved communities and individuals.

Furthermore, with oft-quoted numbers that demonstrate how small the pool of NBA-quality players is relative to the field of high school and college athletes, Westbrook recognizing the privilege of being in the NBA and assessing it as a win in and of itself is incredibly powerful as well