Russell Westbrook, Jamal Murray Get into It at End of Thunder vs. Nuggets 🎥 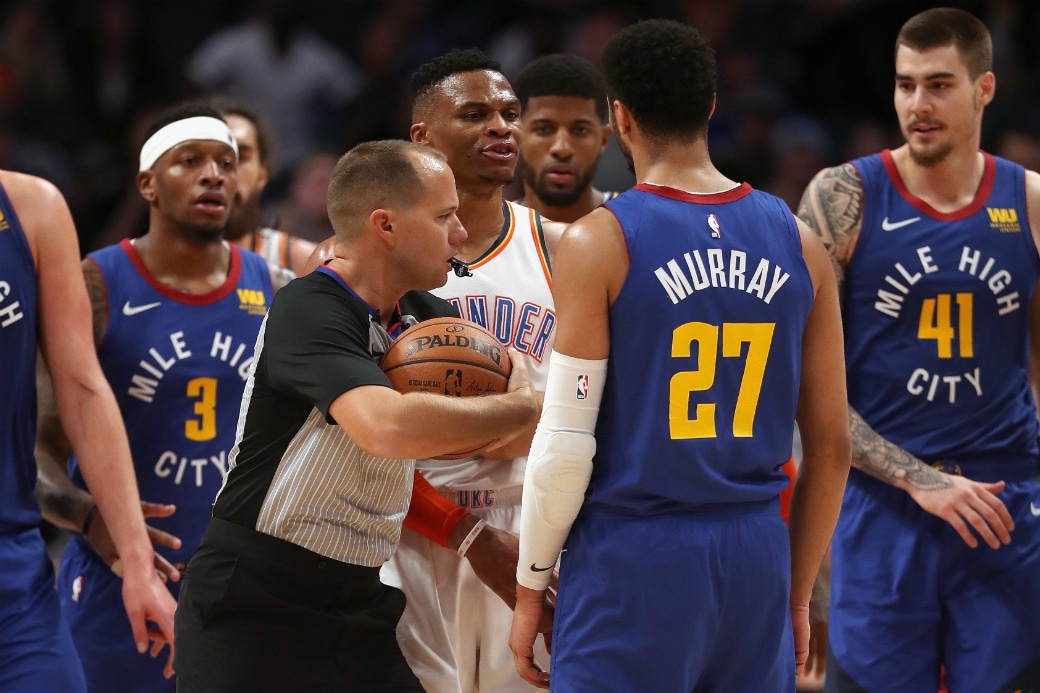 Russell Westbrook and Jamal Murray got into a little skirmish at the end of Thunder vs. Nuggets on Friday night.

During a jump ball with 33.8 seconds remaining and Denver leading by 9, the two guards suddenly began shoving each other, resulting in double techs:

Things got heated between Russ and Jamal Murray late in the 4th 👀 pic.twitter.com/eD5FOdc1Vo

Here’s what both had to say after the game, via ESPN’s Royce Young:

“I was standing in my spot, he tried to step over me, and then he shoved me first,” Murray said. “I guess they were losing or whatever, so I don’t know, ask him.”

Said Westbrook: “He was in my way.”

“Like I said, I didn’t do anything,” Murray said. “It was probably because he was losing.”