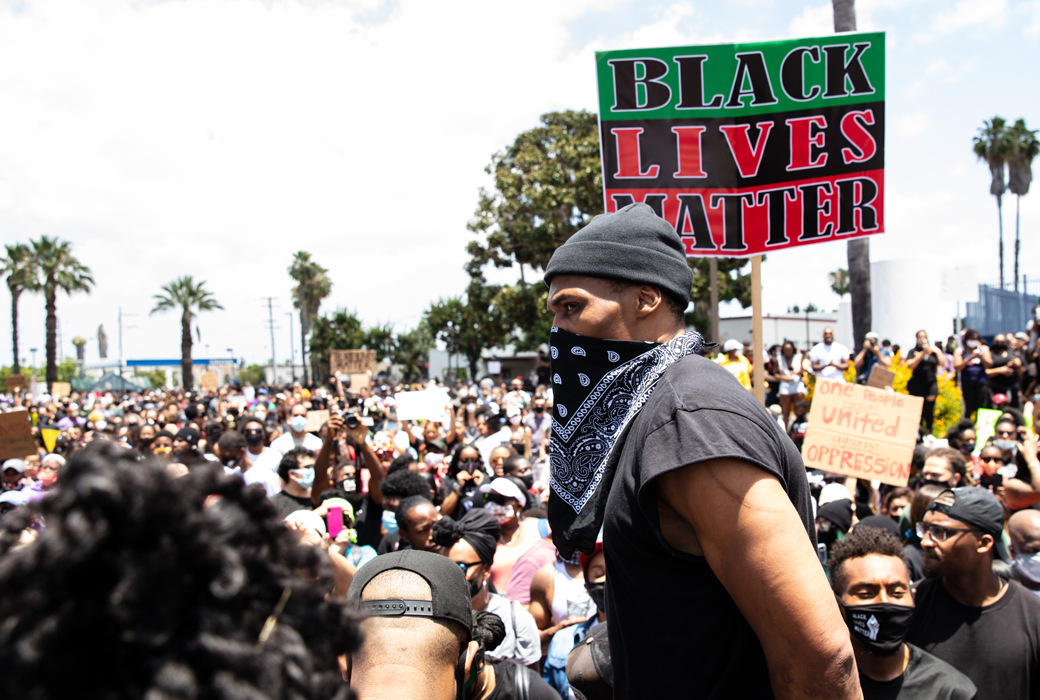 Rockets guard Russell Westbrook will be participating virtually in a Juneteenth block party scheduled for Saturday (June 20) at 7:00 pm ET in Tulsa, Oklahoma, according to a report from Yahoo Sports. The party will be held at the same time as President Donald Trump’s campaign rally in the city.

Juneteenth commemorates the emancipation of the last remaining slaves in the United States in 1865.

Westbrook is one of many entertainers, activists, and political figures taking part in the celebration, including Senator Kamala Harris, actress Alfre Woodard, and rapper Jidenna. Guests are also invited to tune in via the party’s website.

Having spent the first 11 seasons of his career with the Thunder, Westbrook has a close bond to the state of Oklahoma. He announced last week that he’ll be producing an upcoming documentary entitled, “Terror In Tulsa: The Rise And Fall of Black Wall Street,” focused on the 1921 Tulsa race massacre.