Russell Westbrook Not on Speaking Terms With Kevin Durant 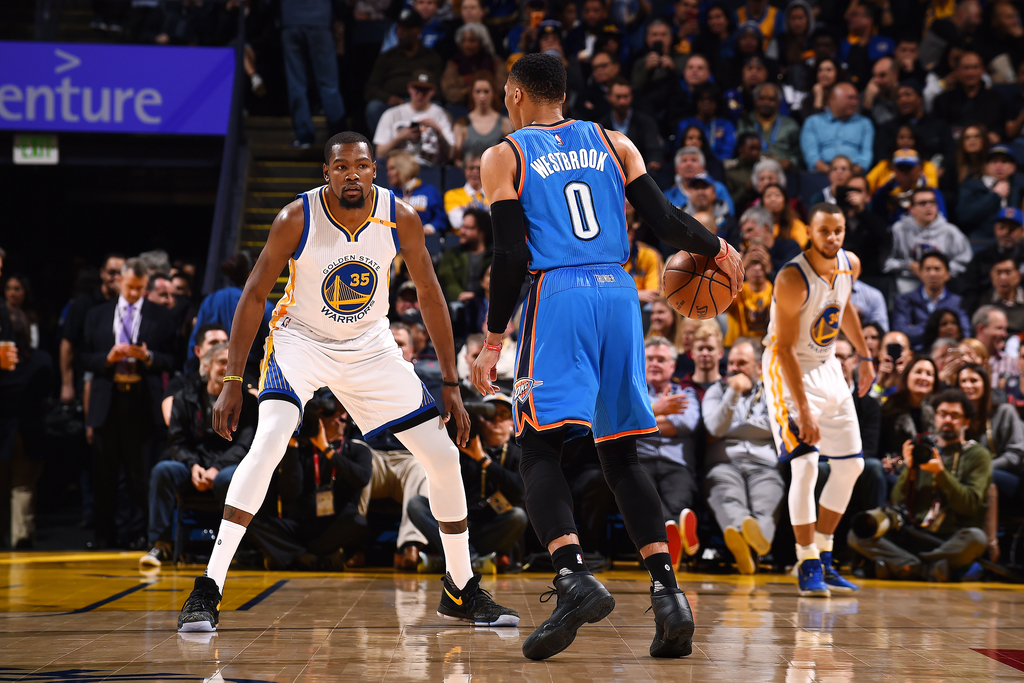 For a brief moment Wednesday night, Kevin Durant and Russell Westbrook had a not-so-friendly exchange, but that’s as far as their communication goes these days.

Wonder what was said 🤔 pic.twitter.com/KMirIaZiGg

“Nah,” Westbrook responded when asked if he and KD are on speaking terms.

Westbrook on if he and Durant are on speaking terms and their "exchange" in the third quarter: pic.twitter.com/6qNLIkxgND

Durant wouldn’t elaborate on what was said between the two former teammates during the Warriors’ 121-100 victory.

Kevin Durant won't detail some of the stuff said between him and Westbrook tonight pic.twitter.com/7fESeuf6B0

Round 3 of this epic saga can’t get here soon enough.

Related
WATCH: Did Russell Westbrook Tell Teammates To Not Say What Up To ‘B*tch Ass’ Kevin Durant?