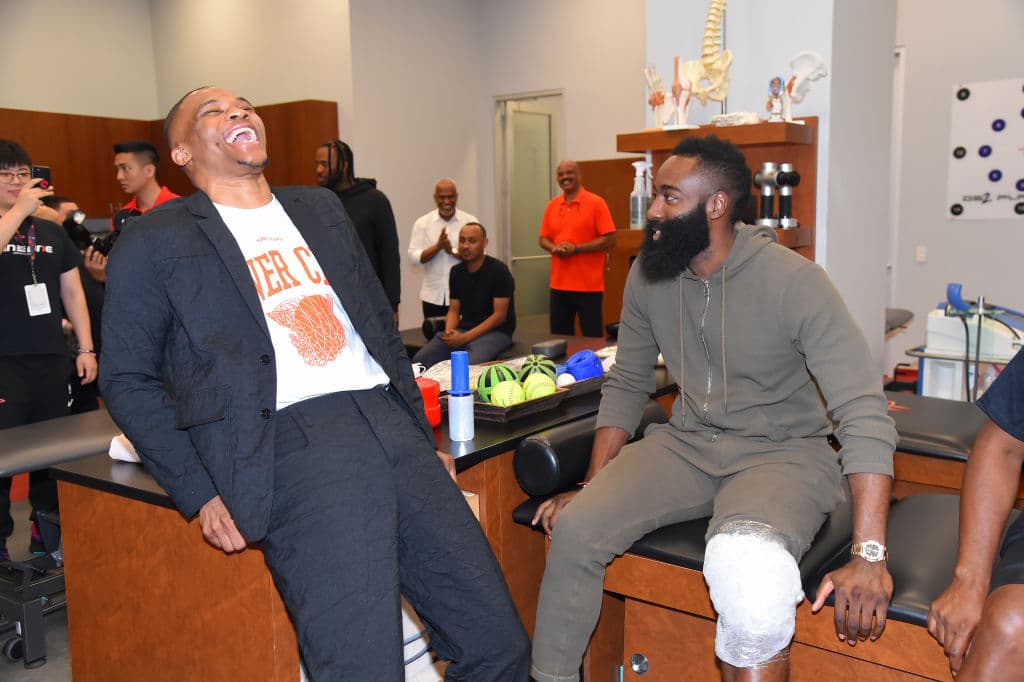 Russell Westbrook is confident that he and fellow superstar teammate James Harden will happily co-exist in Houston next season.

Westbrook says the two dominant offensive machines are “great” at playing off the ball with one another.

Russ adds that he’ll bring a lot more to the table for the Rockets than just scoring and handling the rock.

At the start of the offseason, Harden communicated to the front office that he liked the idea of playing with Westbrook, league sources told The Athletic.

“I think we play great off the ball with each other,” Westbrook told The Athletic.

“We’ve done it in Oklahoma City. Many times in Oklahoma City, James, he closed the game as the primary ball-handler, and I played off the ball. It’s totally fine for me because, like I have said before, offensively and scoring and having the ball in my hands is not the only thing I can do for the game. I do a lot of great things for the game and I look forward to doing that with this team as well.”

Team sources have expressed confidence in that Westbrook and Harden will both implement more off-ball movement into their games, particularly in a half-court setting, and were pleased with Westbrook’s comments during his introductory press conference.