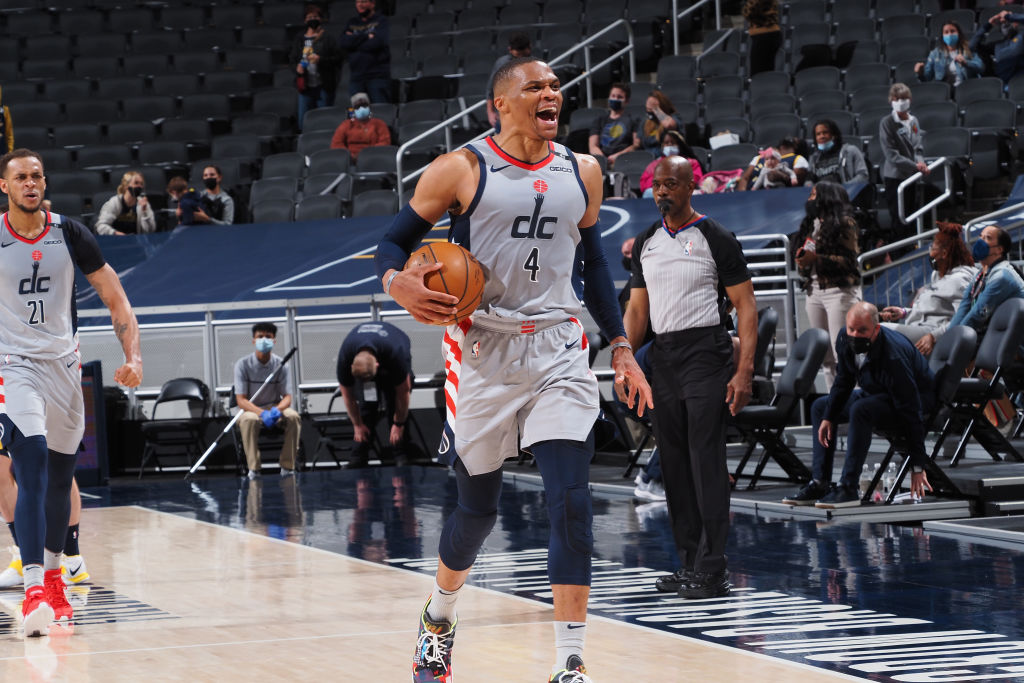 On Saturday night, Russell Westbrook and the Washington Wizards took on the Indiana Pacers. It was one of the more exciting games of the year, with both teams competing for playoff seeding in the Eastern Conference down the stretch, while Westbrook looked to tie Oscar Robertson for most all-time triple-doubles.

In a game that went to overtime, Westbrook knocked down two free throws to give Washington the lead, then had the game-saving block with less than a second left in the contest.

Westbrook’s teammate Bradley Beal spoke to Chase Hughes of NBCS Washington after the game, giving high praise to Westbrook as a player.

“Russ is one of the best players to ever pick up a basketball.”

On top of the emphatic win, Westbrook got his triple-double, as expected, finishing with 33 points, 19 rebounds and 15 assists. In what was his 181st career triple-double on Saturday, Westbrook just needs one more to break the record and will have four more chances to do it in the 2020-21 regular season.

The Wizards take on the Atlanta Hawks on both Monday and Wednesday night this week, where Westbrook will have a great shot at completely passing Robertson on the all-time list. Additionally, with two more triple-doubles, he will tie himself for most triple-doubles in a single season while three will break his own record.