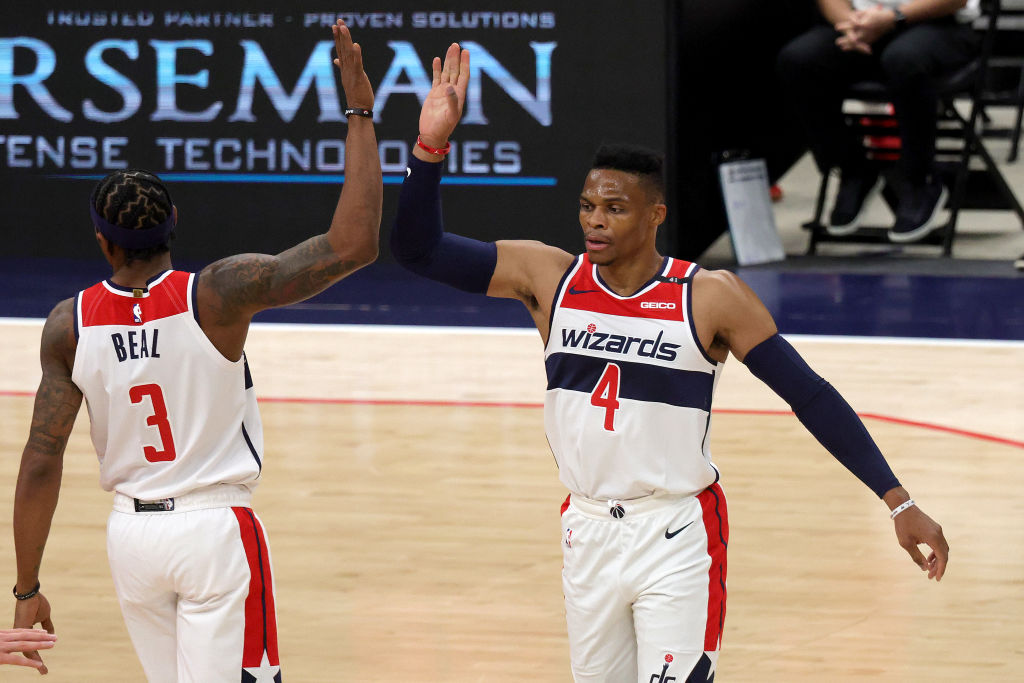 In one of the biggest trades of the offseason, the Washington Wizards acquired Russell Westbrook to play alongside superstar Bradley Beal. While it was expected that integrating a guy like Westbrook into their system would take time, things have been rough early in the season.

To this point, the Wizards are 0-4 and still looking for their first win of the season. While Westbrook has put up triple-doubles in all three of the games that he’s played in, it hasn’t resulted in team success or wins.

Westbrook was recently asked about this slow start and how the team should react.

“Having a little adversity early on, that’s okay. Stick to your principles, stick to what you know. Continue to lead and stay positive. That’s something that I’m going to continue to emphasize to our guys, to our team and our coaching staff. It’s a long season and we’re going to figure it out.”

Westbrook thinks it’s too early to panic and that the Wizards just need to stay positive. While it is a long season and there are still plenty of games to turn things around, it is a shortened 72-game season and every game counts. Westbrook would go on to talk about previous experiences losing four-straight games.

Washington will have the chance to get that first win on Thursday against the Chicago Bulls, who are 1-3 on the season.