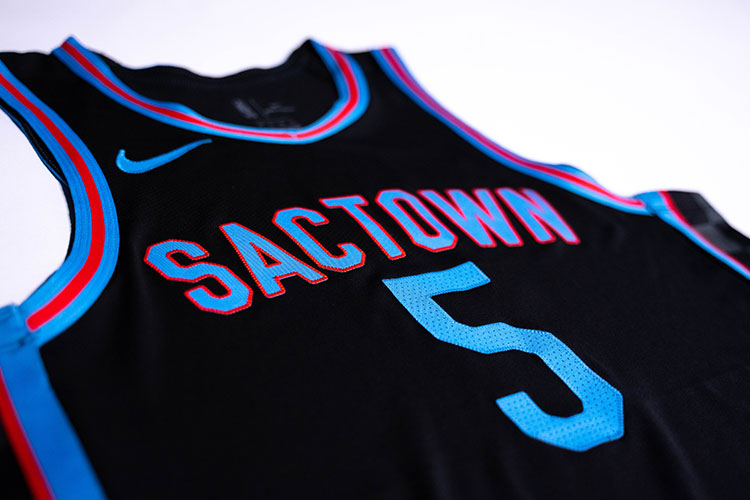 For the fourth consecutive season since Nike became the league’s official apparel provider, the NBA has been rolling out new City Edition jersey designs. This week, the Sacramento Kings find themselves the latest team to get new threads, with the team making an official announcement on NBA.com.

Pleasing to the eye, these uniforms have a black base with baby blue and red trim. In addition, the shorts have a lion emblem that represents the roar of Kings fans on the shorts. “Sacramento Proud” is found on the bottom of the jersey.

“Every year, we evolve the City Edition jerseys to continue to pay homage to our proud past, honor our devoted fans and share our excitement for our proud future,” said Sacramento Kings President of Business Operations John Rinehart said in a statement. “These uniforms weave together elements found in some of our fan’s favorite Kings uniforms to provide a sense of nostalgia with a twist.”

Beginning on Nov. 18, the Kings will also sell complementary City Edition merchandise through a collaboration with a local apparel company (Swish Authentics). Meanwhile, the official Nike City Edition collection will be available for purchase on Dec. 3.