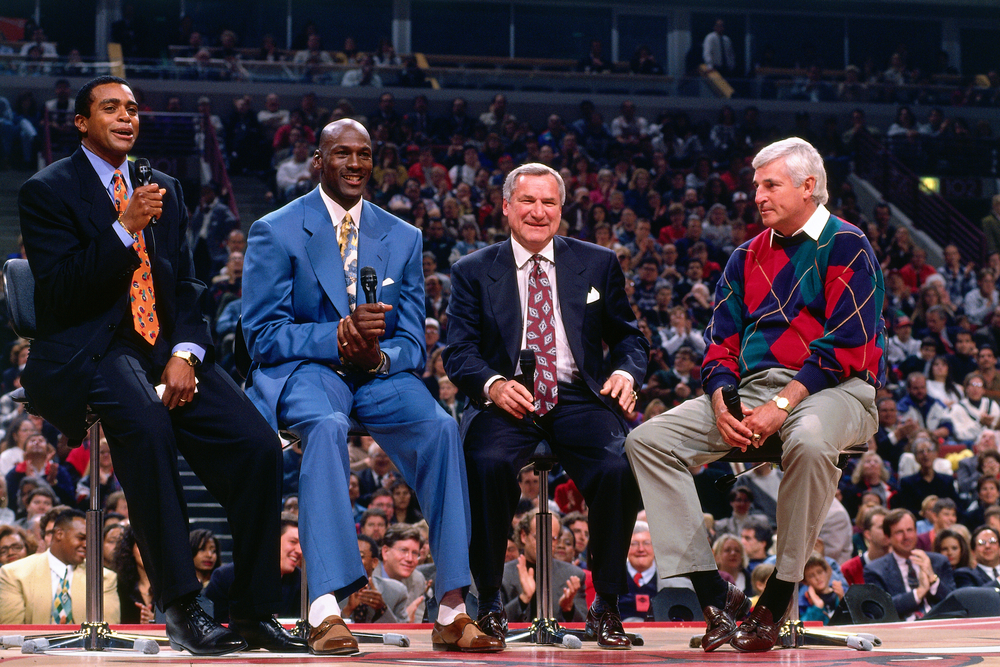 Of course, MJ (then a 21-year-old phenom) led USA Basketball to a Gold Medal, and Knight had to work extra-hard to find reasons to yell at his budding superstar.

“Bobby Knight, he got after us. He told Michael that’s the worst he ever played. Now Michael’s going to deny this, but he cried. He cried after the game, because of the fact that Bobby Knight told him, ‘You should apologize to everybody in here.’ I waited for my apology because I thought he was going to actually do it. But he actually cried.”

“We didn’t play that bad. It’s the fact that [Knight] just wanted us to wake up for the next game because anything could happen,” Perkins said. “That’s the way Bobby Knight coached.”