The San Antonio Spurs conclude our Southwest Division previews. You can read past previews here.

Say you have five forks.

You’re very sad — you very deft cutlery enthusiast, you! — because one of your finest forks has become rusted and tinny, a shade of its former fork self. You have decided to

take it out of service permanently.

Don’t confuse yourself: this fork hasn’t been itself in years. It wasn’t the fork of 1992 or 1993. That fork used to be at every dinner table. That fork was a suppertime staple, serviceable, versatile, almost completely adaptable and indispensable. Sure, it probably did its best with the American Chop Sueys of the world, but it proved later on that, since there was a late-round sale at Trader Joe’s that left it readily available, it could get along with the exotic euro dishes just as well. (Some said the Veal Ginobili tasted even better with it, but you couldn’t really get over how the meat just kept falling off your plate anytime you grazed the thing with your knife.)

Then you took it out of the rotation, a fork left only for special occasions as to ward off the rust, make it usable–salvageable, at the very least–for the big guys.

Thanksgiving. Christmas. Hanukkah, even, for that nice Jewish girl you met at the Knives and Spoons Expo that one time.

And now you’ve told it not to come back because the rust is too thick, too unmanageable. Or maybe it told you it wouldn’t be coming back?

And this is when you discover two things:

1) If the forks are talking to you whatsoever, maybe you should consider a new hobby.
2) If the first one is now trash-bound-and-ready-for-collection, where does that leave the other four forks?

You got the other four forks not soon after. There’s the one you have that is stainless steel, almost impenetrable. You couldn’t bend that thing if you took a god damned hatchet to it. That thing should be good forever, or the fork equivalent.

But that’s not the problem. The one that falls down all the time — not unlike the Veal Ginobili — that kind of behavior has to wear, doesn’t it? The young one is good, but what if that one hasn’t been washed in a while? What if it gets too caught up in hanging out with that really nice, curvy spoon that you bought it?

And they have no backups. Did I mention that? There are no backup forks.

And then there’s that fork who’s getting really old, that fork that you can’t trade because everyone else hates it and tries to beat it down every second it gets because it plays dirty and can’t keep its motherf***ing feet from tripping up jumpshooters as they take their motherf***ing jumpshots and knees MVPs in the balls (the balls!) and is just a generally dirty player and gets away with it every god damn time like he has some sort of motherf***ing immunity to it or something, that rat bastard Bruce Bowen character.

OK, so I’m not talking about forks.

And there are no backup forks. Not-a-one.

The fact that this team that has gotten nothing but older since winning the whole thing in 2005 and 2007 and still managed to flirt with an NBA Finals appearance last year proves that Popovich is the best coach of his generation. It also proves that his team is outlawed from ever seeing the movie Jack with Robin Williams.

But the weird, feigned efforts to provide some sort of the turnicate to this aging problem is becoming an almost hilarious operation. R.C. Buford — who, don’t get it mixed up, is also the NBA executive of his generation — has went to the local YMCA and picked up these youngsters to succeed Tim Duncan, Manu Ginobili and (later) Tony Parker:

Salim Stoudamire, who will shoot his 25-footers all the way to 12 wins! Or the NBA Finals! But, seriously, probably 12 wins.

Then there’s George Hill, who played basketball at IUPUI last year, which is apparently a school in Indiana, not the disease my friend contracted after he spent two weeks in Denmark with a woman he did not know and he’s fairly certain was a snake charmer.

And don’t forget about this second year pro — you might know him from his extensive duty in the D-League, but you probably don’t — Ian Mahinmi. God bless you! Your name is an allergy.

You’d figure that this — the whole Robert Horry thing — finally has to mean something. That this would be the beginning of the end. The first fork of many off to the deluxe apartment in the top of the trash heap at the Bexar County Waste Removal Center.

But, don’t worry, the Spurs will be fine because they always will be. Tim Duncan will continue banking in threes with no time left in playoff games, even though he hasn’t shot anything further away than a free throw in at least six months. Tony Parker will get better and better and will continue to make you jealous that God gave all the good genes to some pukey little French dude who you actually kind of like but call him pukey because, again, you’re unfathomably envious. Manu Ginobili will keep driving and getting to the foul line and hit his jumpshots and drive some more and probably be somewhere near #14 on this list again next year — a ranking so soul-crushingly high that I didn’t understand it to begin with and probably never will. Ian Mahinmi will be the next Michael Jordan/Shaquille O’Neal/Allah, God, the Savior of All Men and His Prophet Mohammad. Bruce Bowen will never get caught because he is The Punisher. And the circle of life will continue, as is, always, because this is how things go.

Look, we don’t know how this works either and we all work at a basketball magazine, so we’d really prefer that you’d stop asking because we’re starting to get a little insecure about it, OK? Thanks.

So, where was I? Yes, they’re going to win 16 more championships — probably one of them this year — with the new Twin Towers, Duncan/Mahinmi, and they will grab the mic simultaneously atop the podium to tell us to stop guessing when they will be awful and for all of us to go fork ourselves for once. 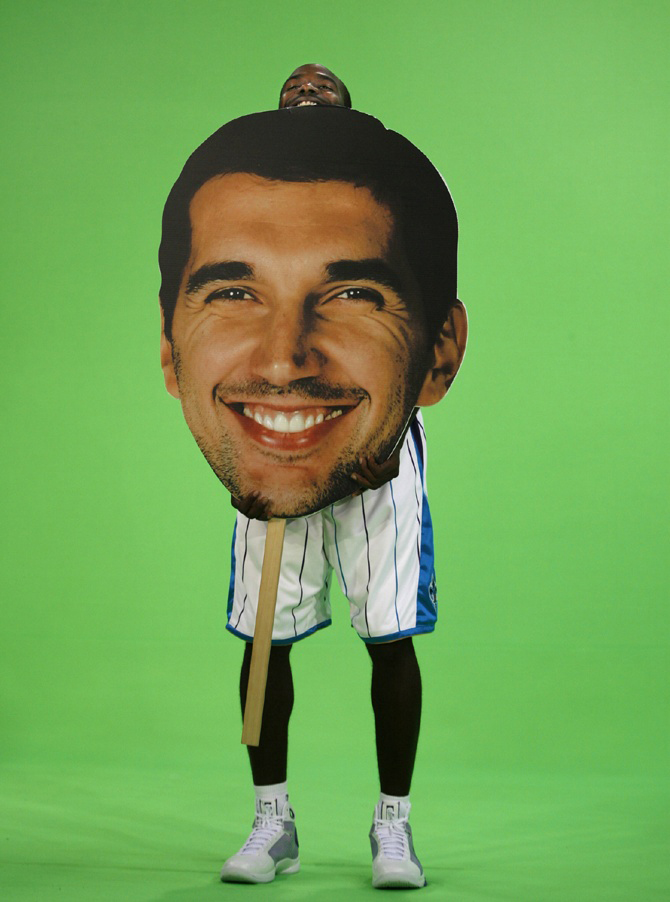