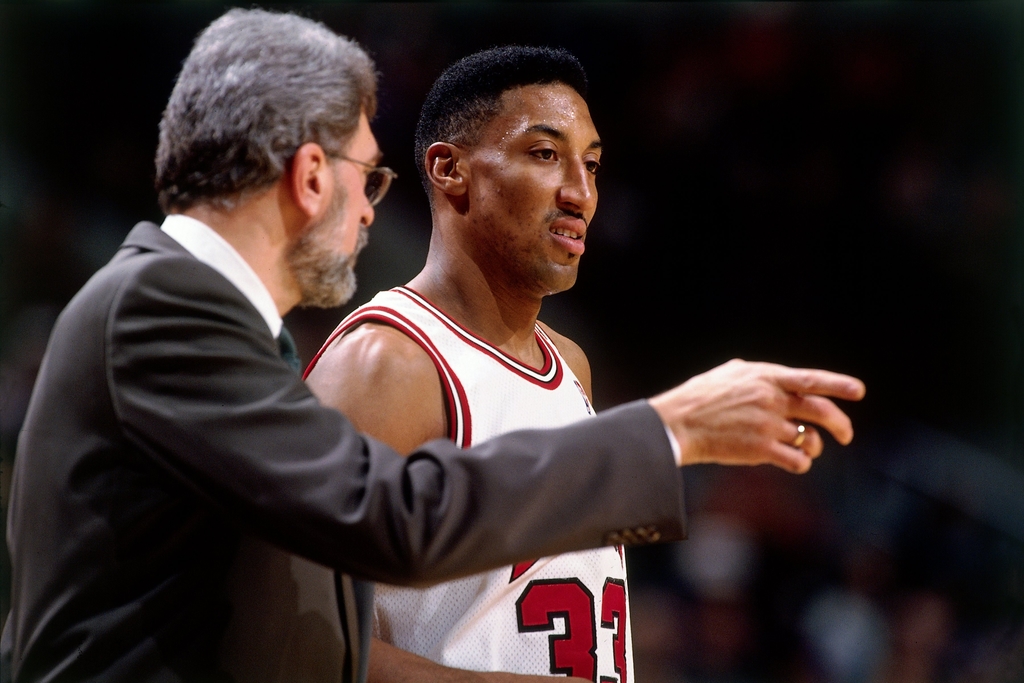 Scottie Pippen is taking Carmelo Anthony’s side in his long-simmering feud with Phil Jackson, and Pippen thinks New York should kick The Zen Master to the curb.

Pippen says Jackson—who has an opt-out clause in his contract this summer—has quite simply failed in his role as Knicks team president.

The Hall of Fame forward argues that Melo has been a total pro during yet another trying season.

“To be honest with you, I’m going to have to go at my old coach Phil Jackson,” Pippen said on ESPN’s “The Jump.” “I think he just hasn’t put the right pieces on the floor. I give a lot of credit to Carmelo who is being very professional in getting through these 82 game seasons. And now he’s being benched to some degree, they’re taking a lot of his minutes away. But this team just hasn’t had it. They haven’t had it since Phil Jackson landed there. There hasn’t been any upside.”

After saying “fans would love to see Carmelo in New York and Phil out,” Pippen was asked by host Rachel Nichols if he believes Jackson “should be out.”