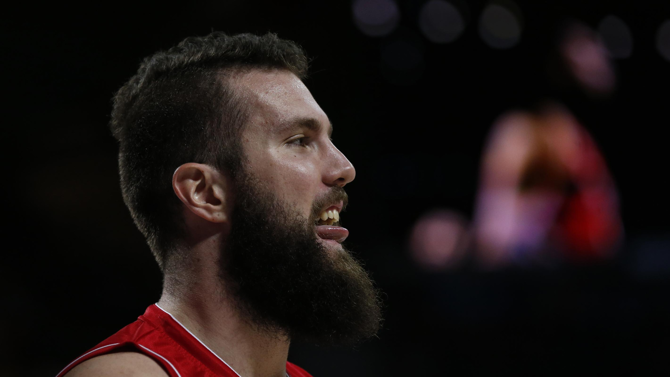 Houston Rockets All-Star guard James Harden may now have a gold medal, in addition to fame and fortune, but his precious beard pales in comparison to that of Miroslav Raduljica according to the big fella.

Raduljica and Serbia had to settle for Silver at the FIBA Basketball World Cup, but the free agent (who could end up taking his talents to China) says he won when it comes to facial hair. Per Sportando:

“We lost the game, it’s true, but my beard is still better than James Harden’s,” the free agent big man said to Eurohoops.