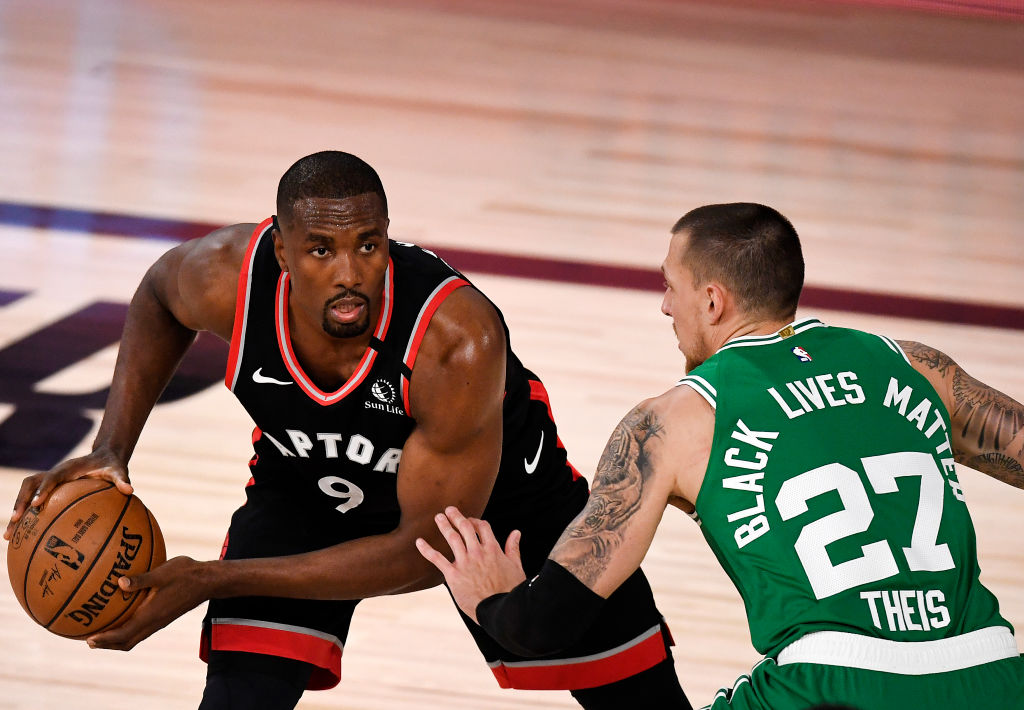 The Los Angeles Clippers have agreed to a deal with free agent big man Serge Ibaka, Shams Charania of The Athletic reports. Ibaka had multiple suitors, including the Toronto Raptors with whom he won a title in 2019.

Ibaka will fill a hole in Los Angeles’ frontcourt left by the departure of Montrezl Harrell, who left to join the Lakers. Ibaka averaged 15.4 points and 8.2 rebounds per game, while shooting .385 from beyond the arc in 2019-20.

Ibaka will sign a two-year deal worth $19 million, Adrian Wojnarowski of ESPN reports. It’s very possible that the Raptors could have offered more than that but perhaps only on a one-year term given their hopes of preserving cap space for the 2021 offseason.

Ibaka’s deal with L.A. will also include a player option, Wojnarowski adds.

Ibaka, 31, spent the past three and a half seasons with the Raptors but will now join former Raps teammate Kawhi Leonard on the west coast. The two have chemistry on and off the court.