Serge Ibaka and Robin Lopez Suspended One Game for Fighting 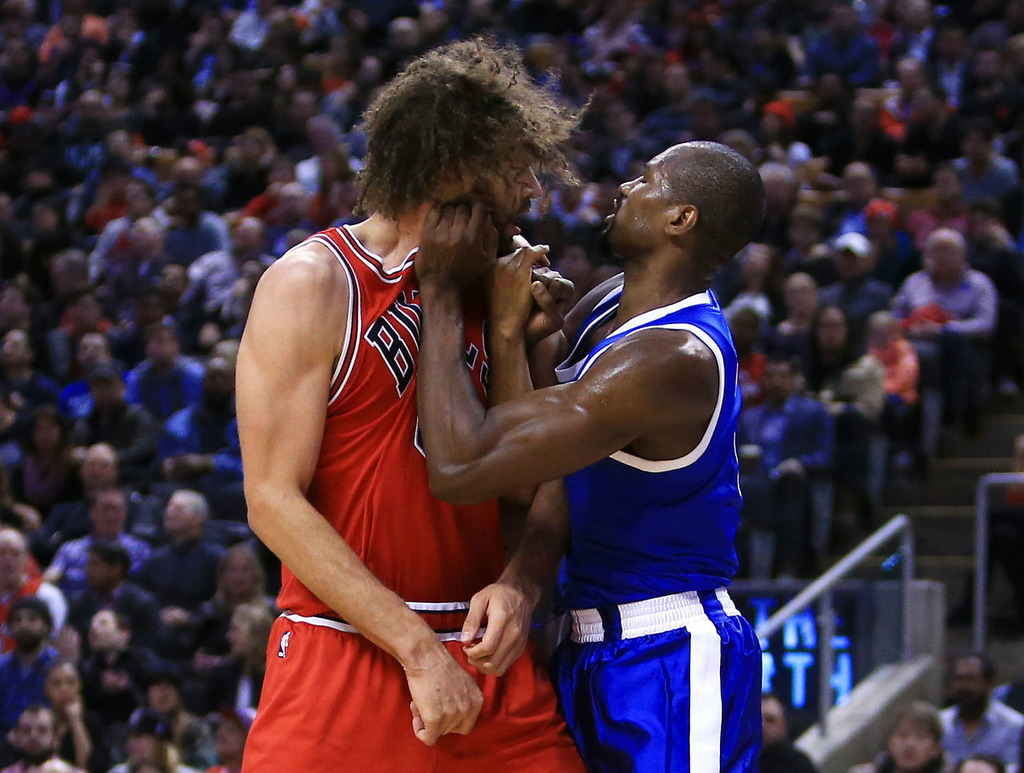 Serge Ibaka and Robin Lopez threw haymakers at one another, and now they’ll have to each sit out a game, the NBA announced Wednesday.

Raptors assistant coach Jamaal Magloire, who liked to mix it up during his playing days, was fined $15K for pushing Bulls forward Nikola Mirotic during the melee “and acting as other than a peacemaker.”

The incident, for which Ibaka and Lopez were assessed technical fouls and ejected from the game, occurred with 3:58 remaining in the third quarter of the Raptors’ 122-120 overtime win over the Bulls at Air Canada Centre on March 21.