Serge Ibaka Says LeBron James is ‘Not a Good Defender’ 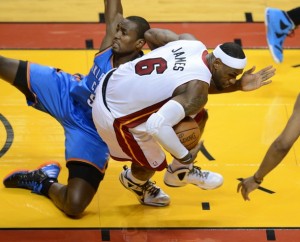 To date, the NBA Finals have been a wildly entertaining series, filled with drama, superstar talent, and compelling storylines.

What has been sorely lacking, however, is real friction and bad blood between the Miami Heat and OKC Thunder.

And Serge Ibaka is here to change that, with a bit of trash talk aimed at LeBron James prior to Game 4 tonight.

“LeBron is not a good defender,” Ibaka said about the player who received the most votes for the league’s all-defensive team, which is selected by the coaches. “He can play defense for two to three minutes but not 48 minutes.”

James was switched onto [Kevin] Durant after Game 1 when Durant scored 36 points and shot 12-of-20 with Shane Battier primarily covering him. Since, Durant is averaging 28.5 points on 23-of-41 shooting and Heat have won two games, taking a 2-1 series lead into Tuesday’s Game 4. “LeBron can’t play (Durant) one-on-one,” Ibaka said. “They’re playing good defense like a team.”

Despite not taking home the Defensive Player of the Year award this season, LeBron James established himself as the most versatile defender in the entire NBA. He’s generally recognized as the only player in the League who can defend every position on the floor, and do so all in one game.

Kevin Durant’s talent makes it so that no single defender can keep him under wraps, not even someone as gifted as LeBron. James can and does, however, make it difficult for Durant to dominate offensively.

Serge Ibaka is right about one thing, though: LeBron James is not a good defender. He is a great one. 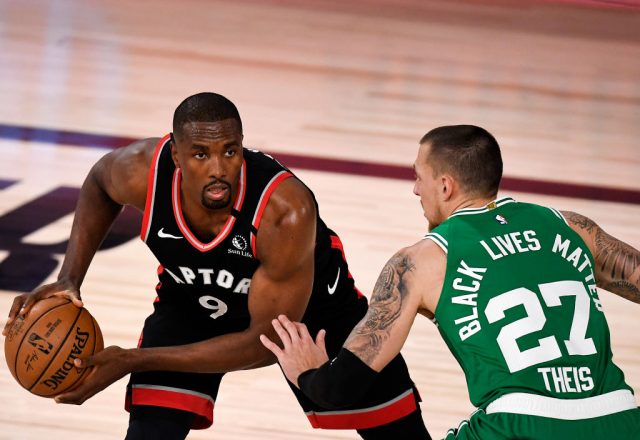