Though often (and understandably) overshadowed by his MVP brother, Seth Curry has quietly carved out a place for himself in the NBA. With a freshly inked two-year contract in Dallas, it’s time to see what he can really do. 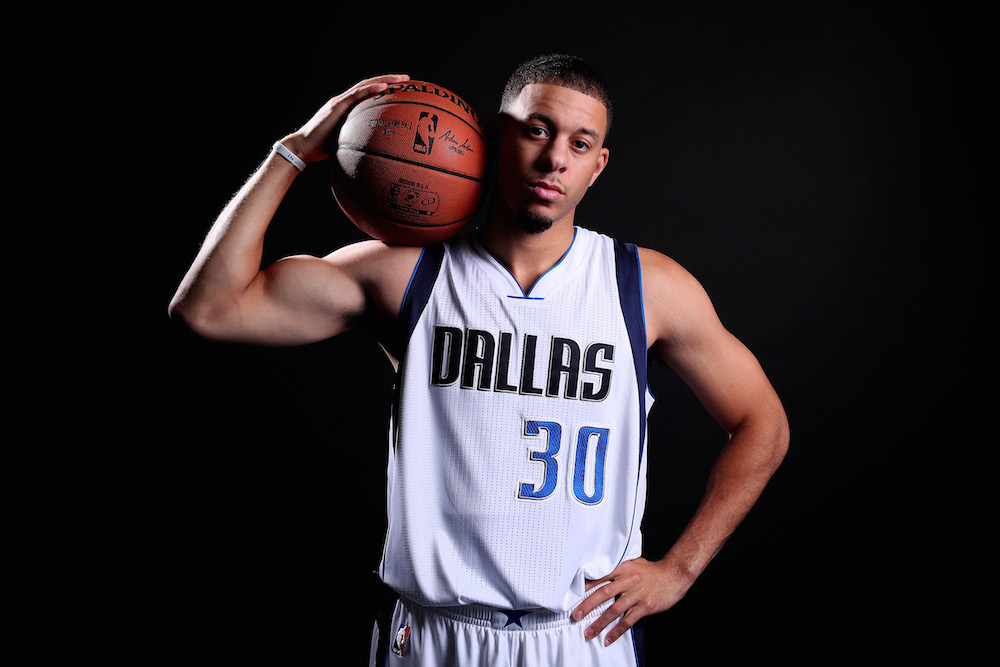 On April 11, Rajon Rondo and Darren Collison rested for the Kings, and Seth Curry started at point guard. Curry had impressed in recent games, but did so at shooting guard, and had hardly played at all before that. You wouldn’t know any of this from watching that night’s tape, though—Curry dropped 20 points and 15 dimes in 38 minutes, as the Kings picked up a road W.

That game—and a handful of others late last season, when few were watching—transformed Curry’s career.

“I knew I had it in me,” he says of his sizzling stretch. “During the year, I wasn’t playing consistently, but when I got in, I played well. I’d play five minutes here, six minutes here, 12 minutes—but I felt like I was effective, that I could help the team out.”

In July, Curry, 26, parlayed a nice run into a two-year deal with the Mavericks for $6 million. It is not a sexy contract (in a summer full of them), but it is two guaranteed years with one of the League’s steadiest franchises. That’s a big deal for Curry, who has spent the past three seasons bouncing between the East and West, the majors and minors. All the while, of course, his career has existed in the minds of many as a sort of footnote to that of his brother, Stephen. We have viewed Seth’s game with our Steph Goggles on: Wow! Sweet play! He almost looked like his brother there! Maybe that’s inescapable at this point. Or maybe it’ll change when Seth breaks through.

“I showed a lot at the end of last season with Sacramento—that I can play on the ball and make plays,” says Seth. Over seven games in April, playing both guard spots, he averaged 16.5 points, 5.5 dimes and 3 boards per. His sharp-shooting (3.3 threes at 49 percent) and his low turnover rate suggest he can truly compete (and thrive) at the NBA level.

“Obviously, people know me for my shooting. But [head coach Rick Carlisle] was talking about being versatile here. The good thing about this system is that he never really labels his guys point guards or shooting guards. He just plays guards who can do a lot of different things.”

A combo guard himself, Curry makes for an easy fit with the Mavs, a team eternally starved for young talent. Dallas has a fairly crowded backcourt, as Deron Williams, JJ Barea, Devin Harris and Wesley Matthews will return this season. But Williams, Barea and Harris are all 32 or 33 years old, and none is a particularly good three-point shooter. Beyond some flashes from Justin Anderson’s rookie campaign, there is little depth behind Matthews on the wing. This is a dream scenario for an up-and-comer with some polished skills.

Says Carlisle, “We have to get younger, and he’s the right age where we feel like he’s young enough to still take a quantum leap, and he’s experienced enough to help us now.”

“Every time I was let go, I was disappointed because I felt like I never got on the floor to show what I could do,” Curry says. “It’s tough coming into a team that you weren’t with in training camp, trying to establish yourself on a 10-day contract situation when there’s a lot of odds against you. I don’t blame them for not giving me those chances, but I felt like I deserved them.”

But Curry just kept his head up, focusing on the good stuff.

“It was a great learning experience,” he says of his time in Sacramento. “I liked everybody in the locker room as a person—there were just some headlines and some problems. But that taught me a lot about professionalism. Being around Caron was huge. Even at this point in his career, he’s still in the gym with me early in the morning, getting his work in, putting the time in, staying positive. Whether you’re getting minutes or not, you gotta go in and do your job and play for the fans.”

That shouldn’t be difficult to do in Dallas, where Curry will finally find stability.

“The past few years I’ve been in the League, I’ve really noticed how important that structure and direction is for a team,” Curry says. “Going to a place that’s already established, where I can just come in and get better and keep doing things the right way, it’s gonna make it a lot easier to win. I don’t want to take what I did last year and then take a step back. I want to move forward, grow from it and be a consistent NBA player.”

Leo Sepkowitz is an Editorial Assistant at SLAM. Follow him on Twitter @LeoSepkowitz. Photo via Getty Images.