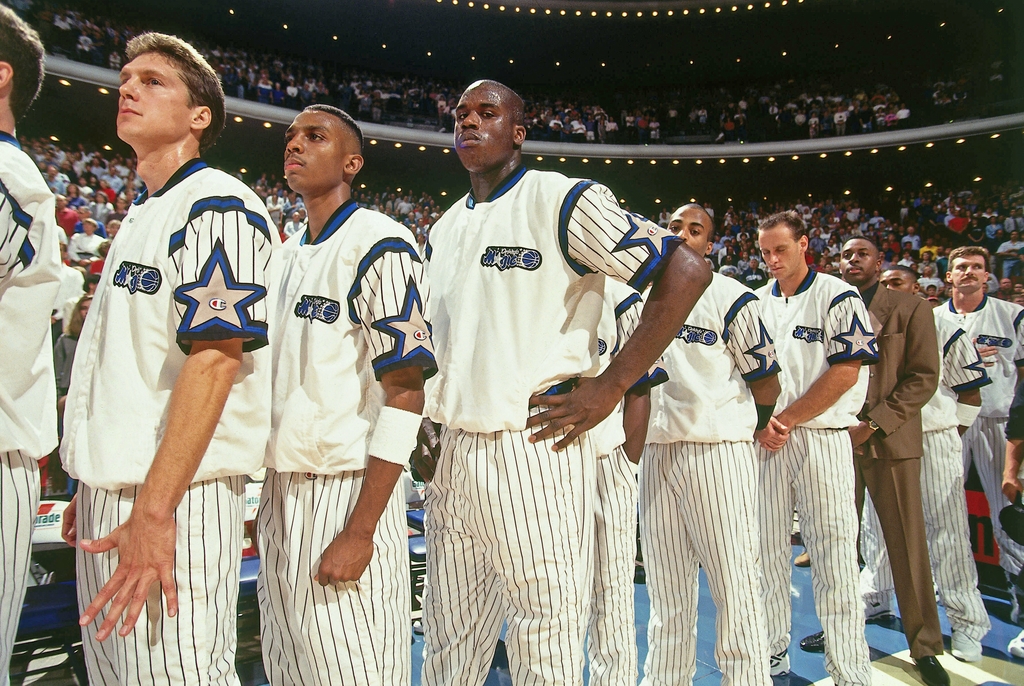 “I did the same thing to Penny [Hardaway],” explains the big fella.

Shaq explains why Russell Westbrook is so upset with Kevin Durant https://t.co/JQ3Zkim04p via @FoxSports

O’Neal’s Magic teammates were blindsided when he bolted for L.A. in 1996.

So, maybe the biggest story line of the season is the Kevin Durant-Russell Westbrook situation. What’s your take on that, what do you think is going on there?

O’NEAL: “I’ve been in a similar situation. Probably due to lack of communication. I can understand what Russell’s going through. I did the same thing to Penny [Anfernee Hardaway] when I signed in L.A. Me, I felt there was no need to call anybody and tell them what I was doing, and I’m sure Penny was hurt by that. I’m sure that’s what it is. And then Russell’s probably saying, ‘You was my man, but you go to the team that beat us, and you don’t even call me to tell me?’ So it’s just a lack of communication. They were always friends and always tight and always played together. But one lack of communication can cause everything.”

Did you have any strained time with Penny after you left Orlando?

O’NEAL: “No. I felt I didn’t need to. People make their own decisions based on how they feel.”

Related Shaquille O’Neal Regrets Leaving Orlando: ‘I Wish I Had Had More Patience’