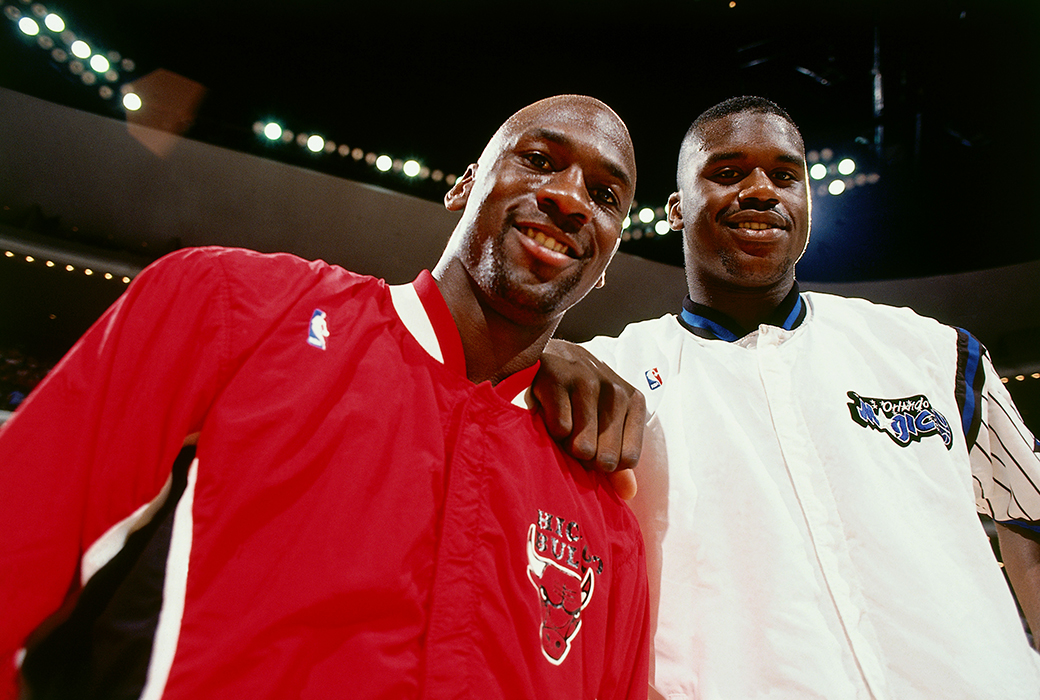 If Michael Jordan had played in today’s NBA, Shaquille O’Neal thinks that the GOAT could have averaged 45 points a night.

While appearing on ESPN’s Get Up on Friday, O’Neal said the League would be complaining about MJ being “too good.” Shaq added that he would be “too dominant” for today’s NBA to handle (starting at 0:14):

What would Michael Jordan be if he played in the game today?

Shaq: “He would average 45 [points], and the League would be complaining about two players. They’d be like, Mike is too good. And the kid down in Orlando is too dominant. What are we going to do?”

Who is the greatest player ever?

Shaq: “I’m going to have to say Michael Jordan because Michael paved the way for all the great guys that we have now. And 6-0 in the Finals without a legitimate big man. Went through a lot. Took a year off. Came back and won three in a row. He’s definitely the greatest player.”