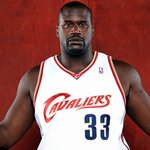 With seven weeks to go in the NBA’s regular season, you have likely seen the last of Shaquille O’Neal on the court until the Playoffs begin.

Shaq is set to have surgery to repair his sprained right thumb this morning in Baltimore, a procedure that normally requires a 6-9 week recovery period.

The Cleveland Cavaliers have the best record in the League, but they will have to adjust to playing without O’Neal, in their bid to have home court advantage throughout the postseason.

Even though the rest of their schedule is something of a cakewalk (in the remaining 22 games, Cleveland faces 9 teams that are currently below .500), head coach Mike Brown remains concerned.

Cavaliers coach Mike Brown acknowledged how much the team would miss O’Neal, whose contributions have gone far beyond his averages of 12 points and 6.7 rebounds in 53 games this season. “There have been plenty of games that he’s played for us where without him, we probably wouldn’t have won,” Brown said after Sunday’s practice before O’Neal’s surgery was announced.

“We won 13 in a row and he was a big part of it. He allowed us to still be able to score buckets easily in the halfcourt.” Brown will start Anderson Varejao in O’Neal’s place and also use J.J. Hickson, Antawn Jamison and Leon Powe at center.

No need to feel for the Cavs, of course. Shaq was brought in almost solely to battle Dwight Howard and the Orlando Magic in the Playoffs. He’ll now get plenty of rest before he starts to really having to earn his paycheck.