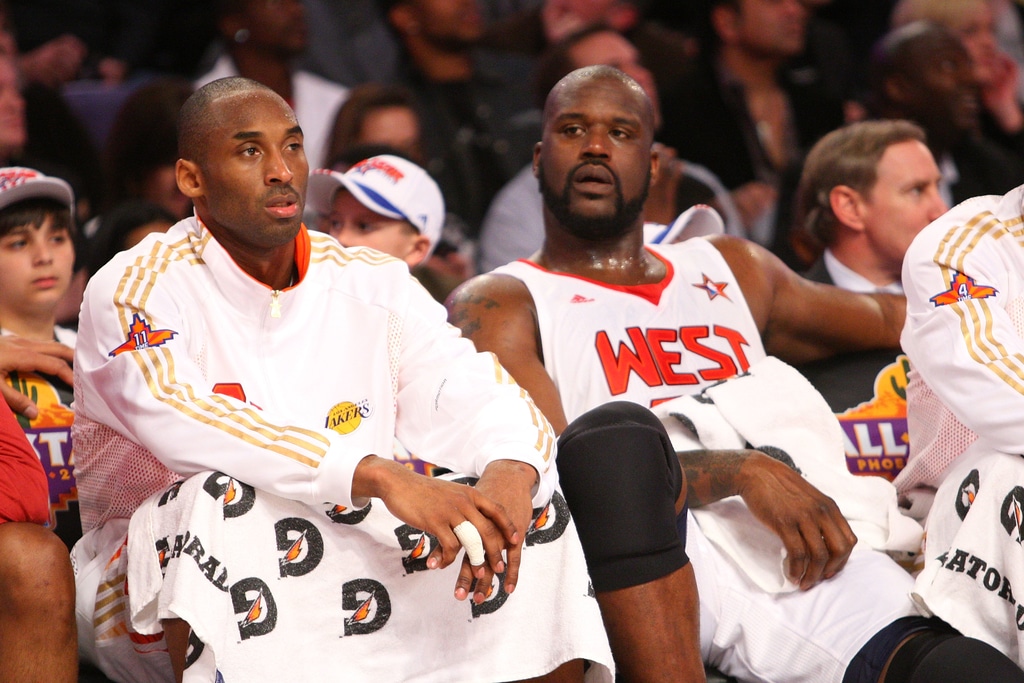 Shaquille O’Neal is annoyed by his belief that Kobe Bryant is often overlooked in the never-ending debate over the greatest NBA player of all-time.

"Why does the GOAT always have to be a guard?" Shaq asks.
Why, indeed. Where are the centers?
Could the new-age, do-it-all centers ultimately change the discussion?

An offbeat look at the GOAT debate, w/insight from @SHAQ, @JoelEmbiid, @kaj33 and others.https://t.co/X508ErjN0r

Shaq adds that centers don’t get their just due in the G.O.A.T. rankings.

“Why does the GOAT always have to be a guard?” Shaquille O’Neal wonders. “A lot of people can’t answer that question.”

Of course, none of them played against [Wilt] Chamberlain or [Bill] Russell, nor did they see much of [Kareem] Abdul-Jabbar’s prime. The generational bias is real. Today’s coaches and commentators lean Jordan. Players and younger fans lean James.

To which O’Neal raises an indignant objection. “I find it quite disrespectful that they don’t bring Kobe’s name up,” he says of his onetime teammate and rival. “That kind of pisses me off how they just skip over him and say, ‘LeBron.’ I don’t understand that. Because I was there with him, and he was a bad motherfucker, too.”

Related LeBron James: 2016 Title ‘Made Me the Greatest Player of All Time’