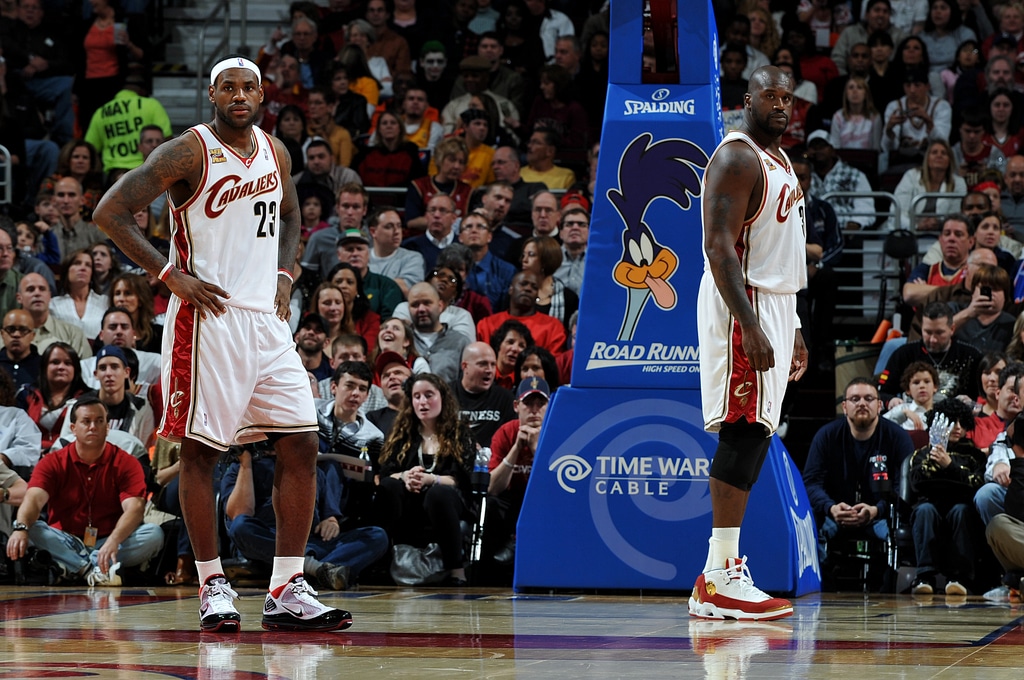 Shaquille O’Neal says LeBron James‘ legend is already intact, and that he doesn’t need to chase after NBA championships the way O’Neal did in the twilight of his own Hall of Fame career.

Shaq thinks the book on Bron is mostly written after 15 seasons; he’d just be adding “index pages toward the end” by chasing titles.

Shaq: LeBron's a legend; no need to chase rings at this point in his career: https://t.co/bK0tVkrq1v

James, 33, is expected to enter free agency July 1, and his ultimate destination could shake up the League.

“My problem toward the end of my career was I was trying to shut everybody up and I was greedy [for more championships],” O’Neal said in an interview with ESPN at a pre-draft event on Friday evening for teens from the Y in Brooklyn. “After I got to three [titles], everybody was saying I couldn’t get another. So I got four. After I got the fourth, they were saying I couldn’t get another one. So I was trying to make quick stops to get it. Phoenix, Cleveland, Boston.”

O’Neal won three championships with the Los Angeles Lakers and one with the Miami Heat, but he didn’t win any in the final three seasons of his 19-year career.

“Somebody told me a long time ago — they said your book is already set [before the later stages of your career]. You can add index pages toward the end, but your book is already set. So LeBron’s book is already set,” O’Neal said. “He done already passed up legends; he done already made his mark — he has three rings. His mentality now is probably: I want to get four before [Golden State Warriors guard] Steph [Curry] does. That’s probably his mentality now. But if I was him, I wouldn’t be trying to get four, five and six because it ain’t going to matter. It’s just something else to talk about, something else to add to the pages. He’s a legend, talked about as who is the best between he and Michael Jordan, so he’s set.”