Diesel’s presence on and off the court makes him the most dominant big we've ever seen. 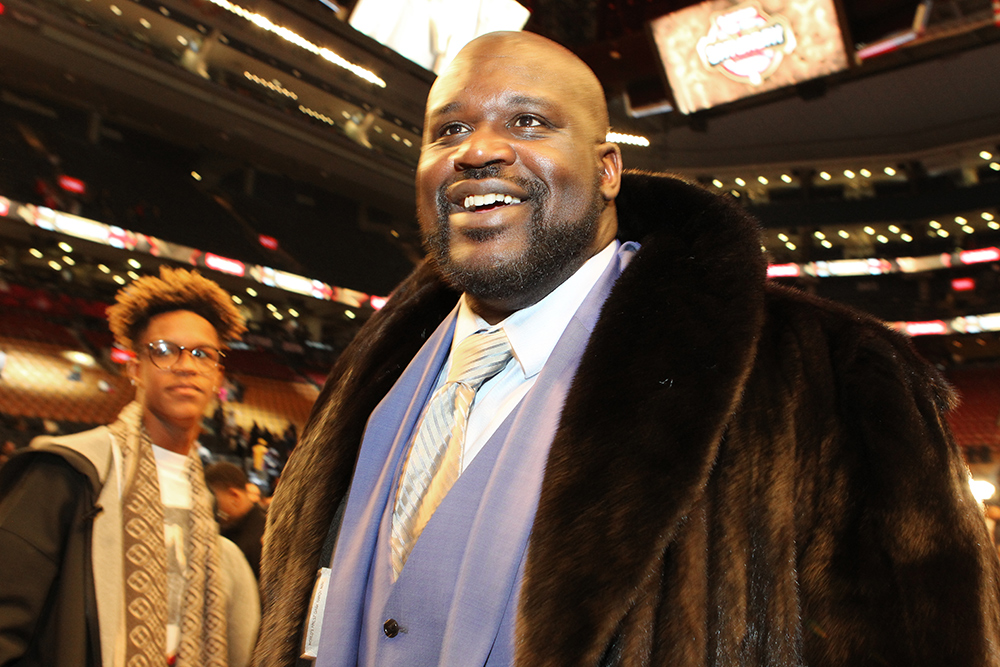 by Zachary Wood and Cole Teal

“I’ll make the backboards shatter/Fans chit-chatter/Even make the other centers get madder/That’s me. Who can it be?/The master of disaster, 7-foot-3/Brother, ain’t no other in the nation/I’m born from my mother but I’m God’s creation/I’m outstanding.”

These were some of the most memorable verses from “I’m Outstanding,” the hit song from Shaq’s 1993 album, Shaq Diesel.

For over a decade, the Diesel was, as he proclaimed in ’93, “outstanding,” dominating the game on both ends of the floor as he dazzled fans with monster jams, powerful put-backs, overpowering post moves, relentless rebounding, and shots swatted into adjacent area codes. In his prime, The Big Aristotle was practically unstoppable with his back to the basket. A look at the numbers shows that only Wilt Chamberlain can challenge Shaq as the most dominant big man to ever play the game.

Yes, The Big Dipper averaged 50 and 25 in a single season, with over 30 and 23 on his career. Those numbers are beyond outstanding. They’re egregious. But as many analysts and fans have noted, Wilt did play at a time when the League was less athletic and populated with smaller centers—the average big man being roughly 6-8, 250, versus 6-11, 280.

Playing in a powerhouse league with bigger and better competition, Shaq averaged 30 and 14 at his best. To try and stop The Big Conductor from carrying out some of his greatest performances constituted reckless self-endangerment for many who fell victim to peerless posterization.

For evidence, look no further than Alonzo Mourning, who twice got in the way as Shaq came down the turnpike and cleared the lane.

Still, we’re content to rest this case atop the ruins of many Shaq-shattered backboards and acknowledge forthrightly that both Wilt “The Stilt” and The Big Maravich were without question the most formidable forces to be reckoned with in their respective eras.

Yet what can and should be said about Shaq is that throughout his career he has been the most entertaining player to watch, both on and off the court. Beyond exercising utter domination in the paint, Shaq was a showman like no other, hence the reason even Gregg Popovich has admitted to laughing at the show, Shaqtin’ A Fool.

How many 7-footers can break dance, rap, act, do mixed martial arts, and make highly anticipated appearances on the Comedy Central Roast and All-Star Comedy Jam?

From dance-offs with LeBron James and Justin Bieber to appearing in the opening scene of Saw 4 with Dr. Phil, The Big Galactus never leaves us without a laugh. We can also be sure of the fact that no other athlete has nearly as many nicknames—The Big Cactus, Superman and Shaq Fu, just to name a few more.

An intimidating opponent for his size, skill and athleticism, Shaq is one of the most entertaining and endearing athletes of all-time because of how he engages his fans. Whether on the court or off the court, on the sidelines or on the set with Ernie, Kenny and Charles, or making a guest appearance on The Tonight Show Starring Jimmy Fallon, the Diesel’s fun-loving charisma, humor, wit and clever nuggets of basketball wisdom remind us that in addition to being a first-ballot Hall of Famer, he’s among the greatest sportsmen and showmen to lace up the sneakers and grace the game with his presence.

As The Big Quotatious said himself, “Excellence is not a singular act, but a habit. You are what you repeatedly do.” For Shaqtastically dominating, entertaining and delivering night in and night out, we’d like to honor the Diesel with a new nickname: Mr. Main Event.